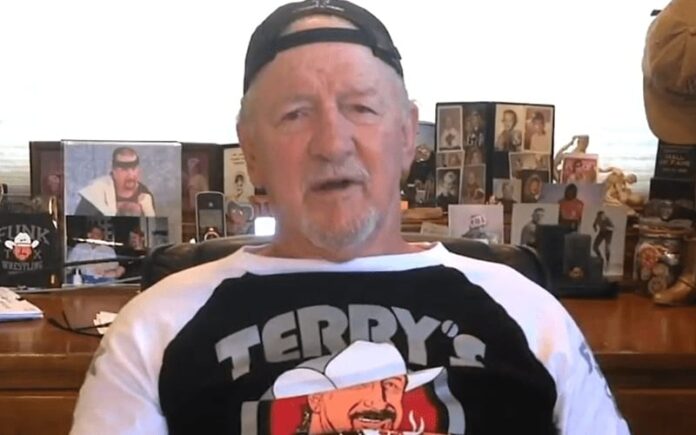 There has been news about Terry’s health has not been so good recently. His official Twitter account has also confirmed the reports. The Hall of Famer Terry Funk is loved by many fans all across the globe. He is talented and gives power-packed performances inside the ring. There are numerous reports coming out that confirm the pro wrestling legend is dealing with health issues. He is helped by the medical staff inside his living facility. Fans are anxiously waiting for the news about his health. They hope he gets well soon even if he may not be able to get inside the ring. Here is the latest buzz about Terry Funk’s health condition:

Contents show
1 What happened to Terry Funk’s health?
2 What did the official account of Terry Funk’s confirm about his health?

What happened to Terry Funk’s health? 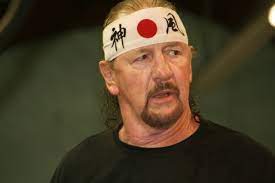 Fans are worrying over the health issues of Terry Funk who is suffering from dementia. It is a dangerous brain condition where one starts to lose memory. There are some treatments that can be effective and following a healthy lifestyle is also a good option. Terry is currently staying at a care facility in his hometown Amarillo, Texas. There is no news about his treatment or condition yet.

His health updates were revealed by WWE Hall of Famer Don Muraco on his podcast. It is PWInsider who later confirms this information for all the fans. The Twitter account of Terry is managed by Flannelgraph Records and they also confirmed the reports. They issued a statement that gives a good response to the statements coming in from various sources.

What did the official account of Terry Funk’s confirm about his health? 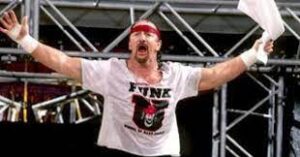 As we have previously discussed that the official account of Terry confirmed news reports of this ill-health. They tweeted in response to all the rumors that are surrounding the WWE world for some time now. Here is what the tweet looks like:

“Yes, Mr. Funk is currently receiving residential care for his multiple health issues, which do affect his mind as well as the rest of his body. As you can imagine, some days are better than others. He & his family appreciate all of your kind words! FOREVER!.’’

The tweet on his official Twitter account also includes a picture of Terry. He visited the grave of his wife Vicki and spent some time there to communicate with her. She passed away in 2019 leaving Terry behind. If we talk about Terry he is dealing with a lot of issues in his life and health issue is an added issue. The problems are enhancing due to the death of his wife as he feels left alone. Fans can hope and pray that he gets better soon. We will keep you updated with his health condition so keep checking this space for more.