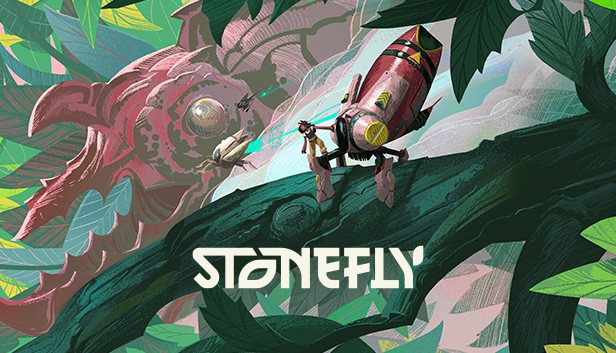 Stonefly promises a chilling and tranquil adventure for all the players. The plot surrounding Stonefly is definitely interesting. It revolves around Annika who is a young and talented pilot. She is searching for the stolen mech that belongs to her father. The surprising part is that she keeps getting frequent attacks from the bugs and she has to save herself. There are various minerals that the players have to extract for the craft. The rhythm of the game becomes one of sedate and most interesting exploration by frantic skirmishes. Here is a review and other details regarding the storyline.

What is the gameplay of Stonefly? 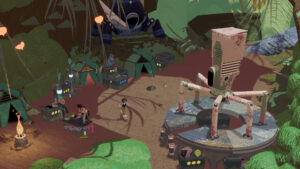 The gameplay of Stone Fly is easy and convenient. Annika can modify her mech for getting into all the combats. The existing functions are improved and you can also install some new ones. However, the pattern will remain the same throughout. Players can attack and shoot their enemies. All the basic enemies will take one hit and they will not be able to do much. If you want to defeat the tough ones it may require multiple strafings. Once you move vulnerable enemies off the edge field will become easy to explore. The first and most important thing is to take out the shield of the enemy by flipping on your back. Unfortunately, some additional factors will make the combat frustrating and chaotic. The difficult thing is to recognize the enemies as they are small and feature the same colors.

StoneFly is an entertaining game with some ups and downs. It becomes difficult to find out what is going on when your screen is full of enemy bugs and clusters of similar hues. On different occasions, you may take damage even without noticing it. The combat controls are a little challenging to handle. The jump and shoot button will directly launch s you into the air. It may not be easy to start dropping bullets as you start coming down quickly. You need to hit the jump button while you and airborne start diving towards the ground. There is also a third button that will bring you back towards the earth after hitting the enemies. You can also modify the face buttons with the left trigger.

The sound quality is good and the background is also highly appealing for the players. Stonefly will be more entertaining when you have your own devices and survey the strange landscape. At this point, your mind will be free of the stress that comes because of the combat. It will become easy for you to explore the area by yourself as there is a lack of details on the map. The abstract nature of the terrain is challenging to handle. Players have to learn the layout of the game as they have to collect various resources for different tasks.

What is the plot of Stonefly and when it will release?

Stonefly revolves around brilliant but naïve inventor Annika Stonefly. She is in search of her lost family heirloom. It is important for her to use her smart skills and strategy and tries to make things work out. Players have to glide strategically among flora and fauna. They will also have to confront hungry bugs and takes part in various adventures. There are other memorable characters in the game. The fantasy game will be releasing on 1st June 2021.