Jared Leto will be making a return with many exciting shows this year. His project with Sony and Marvel titled “Morbius might be further delayed. There is news that the Morbius release date has been delayed and it will now be released after seven months. The show was scheduled to come out in March this year. Sony has planned to make a movie about the character of the popular vampire from the Marvel Comics “Morbius after the success of other Marvel projects.

Morbius will star Jared Leto who will play Dr. Michael Morbius’s titular character. He is on the verge of creating a cure for his blood disorder and his efforts turn him into a Vampire. He can now only survive by sucking the blood of other people. 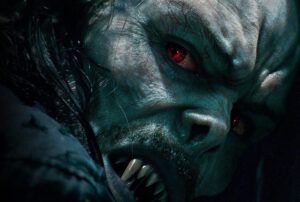 Sony has announced that Morbius will be delayed for seven months. Morbius was scheduled to release on March 19, 2021, and the new release date is now scheduled for October 8, 2021. This is the second time Marbius has been delayed as it was scheduled to release on 31st of July 2020 initially. The release date was canceled due to the spread of the Covid-19 outbreak, and the studios had to change their plans and delay it due to the Pandemic.

What To Expect from Spider-Man Spin-Off?

The first trailer for Morbius released a year ago, and with so many delays, the fans cannot expect to get a more teaser right now. Morbius will be an origin-based story and will feature the anti-hero. f rumors are to be believed, Spiderman will be appearing in the second installment of the venom.  In Morbius’ trailer, we see a picture of Sam Raimi’s Spider-man played by Tobey Maguire. This indicates that the multiverse will be set in Spider-Man 3 and Doctor Strange: MultiUniverse of Madness. The fans are excited to see what the Spider-Man spin-off has in store for them.

Sony’s Spiderman characters will be making an appearance in the Morbius. The case includes:

The movie is set to release on the 8th of October, 2021, and has Jared Leto as Dr. Michael Morbius and Adria Arjona as Martine Bancroft in the lead roles. Doctor Strange’s Matt Smith will be playing the role of the main villain Loxias Crown.