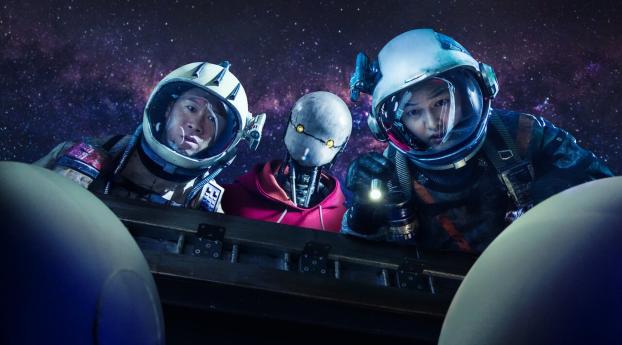 Netflix will be releasing a new K-movie titled “Space Sweepers”. The film will be releasing on the 5th of February 2021. The space opera film released an official trailer recently. The movie is being anticipated by Netflix fans as the movie stars the popular Descendents of the Sun actor Song Joong Ki, and The Handmaiden’s Kim Tae Ri, and many other popular faces. The release date for the film was delayed, but it will now be arriving in the first week of February. The sci-fi film has dropped an official trailer that gives off the Guardians Of The Galaxy vibes.

According to the official synopsis the Netflix’s “Space Sweepers” has a backdrop of 2029. Humans have left the earth and are residing in space. The film features members of a space crew that is called The Victory. The team is in charge of collecting the space garbage for money. They meet with an android girl named Dorothy, who has a plan to destroy the universe.

The Official synopsis of Space Sweepers has hinted that the film will be about life in space. After a crashed spaceship the crew members encounter an android human girl who has a weapon of mass destruction. The crew plans to exchange the girl for a ransom. Netflix has released the first trailer for the Korean space opera film. The plot is unique and intriguing and will keep you hooked all through the movie.

Netflix’s Space Sweepers: What is the Trailer All about? 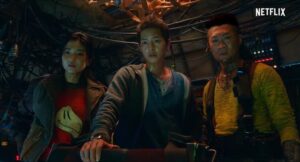 Netflix Space Sweepers trailer has been released recently. The movie is visually stunning and the trailer suggests that the film is set in 2029. The humans have fled to space and have settled in distant space.

The space crew, with the name of The Victory, set on an adventure and they collect the debris from space for the money. They encounter an android girl who is considered to be a weapon of mass destruction.

Netflix is releasing a lot of new South Korean content and Space Sweepers is the first big-budget production coming from South Africa. The film has a hugely popular cast which includes Song Joong-ki. He is playing the character of Tae-ho. He is joined by Kim Tae-Ri and Jin Seon-kyu. Yoo Hae-jin is the voice behind the robot.

The movie is anticipated due to the popular cast of the film. Song Joong Ki who is popular for playing a famous role in the show Descendants of the Sun will be returning to the small screen in the lead role. Kim Tae-Ri who was last seen in Mr.Sunshine will be pairing up with him in the anticipated Netflix movie.