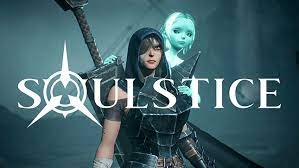 Modus Games has revealed that they will be releasing their upcoming action-adventure game Soulstice. The video game will be released for PC, Xbox, and PlayStation this fall. The video game has been developed by Reply Game Studios. It will officially be listed up for pre-order soon. The players can choose between a standard edition and the Deluxe Edition.

For players who are looking to get a few bonuses then you can look forward to the extensive digital artbook, the digital soundtrack, and the Ashen Blade Item Pack. The game will be filled with several powerful consumables and currency, which the players will equip on Briar and Lute. A variety of valuable resources will be included in the upgraded version of the game.

The players can take an extended look at the game by catching up with the Soulstice trailer. You can check out the latest video of the game in the new trailer. Soulstice will be coming out for PC and gaming consoles on September 30th, 2022. 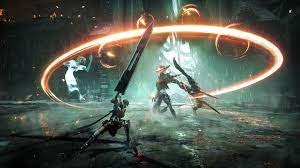 The balance of the Holy Kingdom of Keidas is at stake when the powerful, feral creatures disrupt the country. The creatures known as “Wraiths” invade from the other side of the Veil. The monsters are threatening to consume the living. The Wraiths corrupt their victims and they also possess their bodies and turn them into unstoppable monsters.

They prey upon the common folk and take away their souls. “Chimeras”, hybrid warriors are the union of two souls, and the monsters are the only ones who can protect humankind. The game revolves around Briar and Lute.

They are two sisters and are reborn as a Chimera. Their transformation has granted Briar to turn into a superhuman. They have strength and resilience and have the power to fight the monsters.  Lute, has sacrificed to bind her soul to her sister. She has become a ghost who possesses mystical powers. 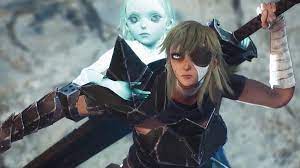 Soulstice has been designed by Stefanie Joosten (Metal Gear Solid 5). In this video game, the players will play Briar and Lute. They are sent on a mission and are given the charge to reclaim a city that is in ruins. The monsters have been ravaged by the Wraiths and discover the Order that they belong to.

The characters have a far more complex plan in mind. The players are given the charge to explore a dark world brimming with hidden mysteries. The video game will be equipped with a diverse combat system and will inhabit the dual forces of two sisters. It is a coming-of-age fantasy story and offers a fast-paced action. The video game will include vicious enemies and breathtaking boss fights.