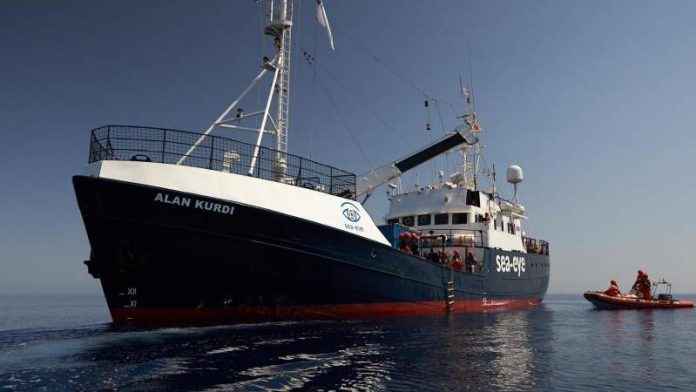 This Time was relatively quick solution: Malta will host the 40 migrants of the German rescue vessel “Alan Kurdi”, to the people of other EU-States are distributed. The head of government is Joseph Muscat announced on Twitter.

The German government and the EU Commission have agreed upon the distribution of all persons in the member States. None of the migrants ‘ stay in Malta, stressed Muscat. Details of the receiving countries there was initially.

The ship of the German aid organization, the Sea-Eye had taken the people on Wednesday of last week, in front of Libya. First of all, the “Alan Kurdi was driven” in the direction of Italy. There you had the government, but not create. Therefore, the ship took a course in Malta.

The migrants should change to a ship of the Maltese army outside the territorial waters of the small EU country, the government in Valletta.

On Sunday, would be able to leave the migrants, the “Alan Kurdi,” said Sea-Eye, and showed a Video of how people break out on Board at the time of the announcement in jubilation. “They almost all died. Now you can celebrate life. You may find in your new home open arms and hearts,” it said on Twitter. Most of the people come from the ivory coast and from Cameroon.

While for the “Alan Kurdi” a solution is found, stays for another rescue ship of a relief organization on the Mediterranean sea. The Spanish “Open Arms” was more than rescued 120 people from Libya. Italy’s right-wing populist interior Minister, Matteo Salvini, has denied the ship entry already.

Italy is fighting in the same way as Malta, civilian rescue to let ships dock. You insist that other EU countries are migrants. Europe has so far failed to agree on a distribution mechanism for the Refugees, which is why vessels are blocked. Germany had declared themselves so far, every Time ready to boat refugees. In September there will be in Malta for a summit meeting on the subject.