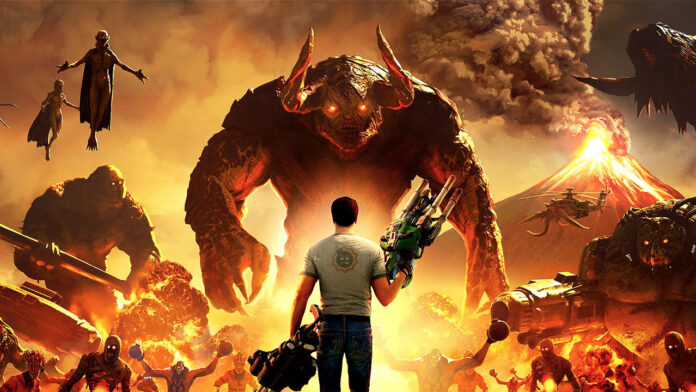 Serious Sam 4 is a popular classic shooter video game that is coming back with a new season. Some players may believe that it is a dumb game while there are others who feel that the game is up to the mark. Even though the game got mixed reviews there is a lot of buzz surrounding it. The game lasts for about six hours and you can also play it with your friends. The last two levels are considered a little tough but if you have got help from your friends you can surely win it. Now we will give a review of Serious Sam 4 so let’s get into more details.

Is serious Sam 4 worth playing? 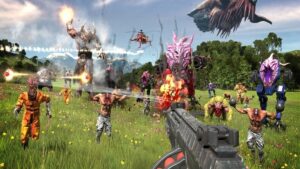 If you are a gaming lover you must be aware of Serious Sam 4 and there are high chances that you have already tried it. Some players have stated that they are bored with the monotony of the game and wanted something new and innovative in the new season. If you have been a game a fan of the game series you will be aware that it is a fun game and not at all serious. The first few seasons have been very addictive and entertaining. In fact, some players have even stated that they were so addicted to the game that they couldn’t stop playing once they started.

The game series have somewhat lost their way in the middle of 2020 or maybe the new seasons became repetitive and that is why people lost interest. Even the third installment was quite charming for some but maybe other games have given it more competition. There is a total of 16 levels that the player has to go through. There are plenty of monsters in this season as compared to the last seasons. There is a level that opens up and there you have to team up with some monsters which are quite funny. The guns are extremely helpful weapons as you move into new levels of the game.

Read More: Best Online Jobs That You Can Start In 2020

What is the gameplay of Serious Sam 4? 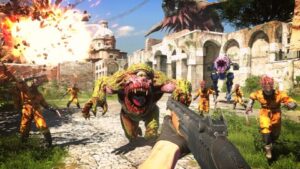 The gameplay of Serious Sam is moderate and it will be easy to get in touch with the game without making any powerful strategies against the monsters and beasts. The cannons, lasers, chainsaw, and remote rockets are something that should be handled with good care especially if you want to win the game. The series could have been more innovative and moved out of the typical weapons and fighting with the monsters. There are giant fields where the battle sessions will begin which aren’t even very intense. The design and visuals of the game are good but at some levels, they make look old-fashioned and boring. The bugs in the game are easy to fix and some of them aren’t even intense and will go away on their own.

The characters in the game seem to be lazy and each one of them is stereotyped to this certain type. The dialogues and narrative of the game are quite ordinary and it is not like you will be immersed in it totally. The knife attacks made by the players will be quite good and smooth and Sam will stop at various intervals to stab the enemies that try to surround him at various levels.