Scarlet Nexus Release Date, Gameplay, Plot, Trailer And All We Know So Far

Microsoft has upgraded its RPG output and has added many fan favorites like Nier Replicant and the Tales of Arise to its library. The games offer fast-paced combat and a plethora of psychic powers. Scarlet Nexus is one of the most anticipated games for Xbox. The upcoming release is being anticipated by gamers all over the world. Here is everything we know about Scarlet Nexus so far.

Scarlet Nexus: What is it about?

Scarlet Nexus is a third-person action RPG game. The game is the creation of the team who was behind the Tales games and Code Vein. The game is set in the futuristic version of Japan and tells the story of a new and innovative world full of action. The game combines inspirations from classic anime and western anime series as well.

What is the plot of Scarlet Nexus? 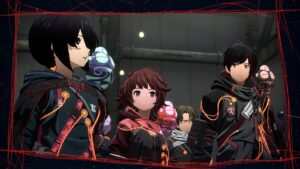 Scarlet Nexus is set in an alternative future. The game shows a world where humanity has successfully developed advanced technology. The technology has been discovered based on the substances that are found in the brains of humans. The game also focuses on humanity’s superpowers. This also draws the attention of monsters and they enter into the world to search for the human brains. The players will play the two members that belong to the Other Suppression Force. The players will be given a combination of weapons and will have superpowers. The game will have a complex story of heroism, and courage. We are expecting a lot from the team who was behind the iconic Tales of Vesperia. 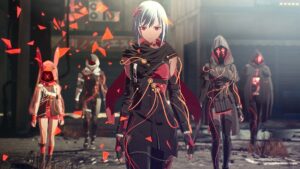 The gameplay of the Scarlet Nexus is fast and powerful. The player will witness action-packed combat. The combat will be similar to the Nier Automata and other kinds of slash games. Players will have to engage their enemies at will use a combination of standard sword attacks to grab objects and win over the enemies. The players will be joined by two other AI-controlled companions who will assist them in the combo attacks.

Who are the characters in Scarlet Nexus?

In Scarlet Nexus, players will role-play two characters — Yuito Sumeragi and Kasane Randall. Both of them are OSF and have different personalities. Yuito is a bright and optimistic OSF recruit. He is the son of the Sumeragi family. The family belongs to a prestigious background and is the founder of the New Himuka. When he was a child, hot got attacked but he got rescued by an OSF. This inspired him to take arms and defend the city.

Kasane, who is another leading character in the game is cool, confident, and indifferent. He doesn’t care about the people around her. She is an elite soldier and has got superb fighting skills. She was scouted by the OSF and is at the top of her class. Her parents died when she was young. She got adopted by the Randall’s. This family is run by a huge military corporation. She has a complicated relationship with her adoptive parents. She has a deep and strong bond with her sister. She often gets strange and weird dreams in which she sees red strings. She doesn’t know what those dreams actually mean.

Scarlet Nexus will be releasing on Xbox One, Xbox Series X, and Xbox Series S on June 25. The game will have three different editions and is available for preorder now.