Ricochet Reveals Who He Will Like To Face On WWE SmackDown 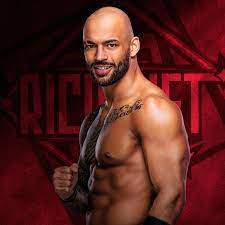 Ricochet is a newcomer to WWE SmackDown but is impressing one and all with his recent performances. He accepted the thrilling open challenge from Drew McIntyre during last night match. Even though he exited from the contest without any success but he is looking forward to what lies ahead for him. The ‘one and only’ superstar is excited to be at his new home on the blue brand. His fans are also anxious to know what’s in store for them. If you want to know more Ricochet’s upcoming plans here are some details:

Ricochet’s impressive performances inside the ring 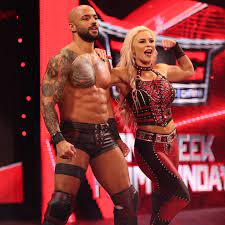 The previous performances of Ricochet are heartwarming for all the wrestling fans. Even the WWE SmackDown makers seem to be impressed. Ricochet is also looking forward to his upcoming matches. Here is what he thinks about it:

“The message that I sent tonight, I told Drew the same thing. He keeps going out there with these open challenges. One day, someone’s going to go out there and smack him right in his mouth. And I guess that’s the same thing that I would say to everybody else is just get ready for that, “He states.

Kayla Braxton hopes for pairing up Mustafa Ali and Ricochet 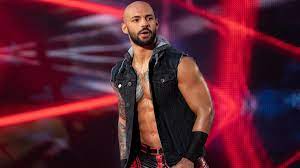 Kayla Braxton who is a correspondent backstage anticipates the pairing up of top wrestling stars. Mustafa Ali is warming up to give some of the best performances in the upcoming matches.  She hopes to get the perfect pairing of Ricochet with Mustafa. Every wrestling fan is also hoping for it after the stellar performances back and forth. The main event of WWE has already seen the talent of these stars. However it seems Ricochet is not interesting to side with Mustafa. Here is what he says:

“I’ve known him for a long time, forever it feels like. He knows that I know exactly what he’s doing. He’s trying to reel me into one of his plots or schemes. I just cut it off at the start before he has any other beliefs in his head’’.

Talking about his future intentions Ricochet believes that is extremely excited to face new opponents. Even the biggest names of Blue brand seem a lot more exciting for him. He believes: