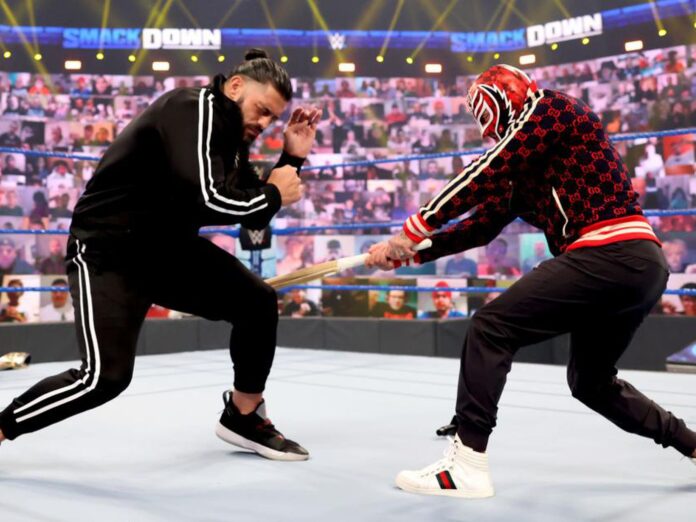 All the wrestling fans are very excited to watch the upcoming WWE Smackdown match. The Hell In a Cell match is going to be an intense one. You will not need to guess as it is happening between Smackdown Tag Team Champion Rey Mysterio and WWE Universal Champion Roman Reigns. The match is scheduled for 18th June 2021 as the go-home edition of Smackdown on FOX. PWInsider and other wrestling media portals have announced that Mysterio VS Reigns will have the Universal Title on the line.

Contents show
1 What can we expect from Mysterio VS Reigns?
2 Backstage notes on Smackdown

It will go on till the second hour of Smackdown as well. Fans shouldn’t forget that the upcoming show will also feature Otis vs. Angelo Dawkins and King Baron Corbin vs. Shinsuke Nakamura. It also puts Corbin’s crown on the line plus there will be Big E and Kevin Owens vs. Commander Azeez and WWE Intercontinental Champion Apollo Crews. They all are in the tag team championship.

What can we expect from Mysterio VS Reigns? 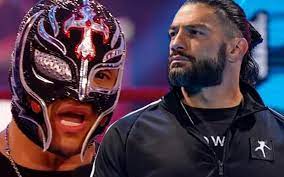 WWE has released a lot of stuff On the FOX Twitter account. Tale of the Tape graphic for Mysterio VS Reigns will surely be an exciting one for the fans of wrestling. They have released an image much before WWE moved the match towards Smackdown. It is not surprising that Reigns is about to win his 4th Hell in a Cell match. He is currently tied with WWE Hall of Famer Shawn Michaels who has about 3 Cell wins. Randy Orton is another big winner with about 5 Cell wins. WWE Hall of Famer Triple H has got 6 wins and The Undertaker has a total of eight. If you are interested to know what will happen in this new knockout match don’t forget to watch it. Stay tuned for tonight’s Smackdown while you can also check out the live coverage at 8 pm ET. 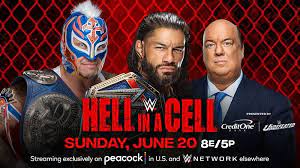 WWE has announced an intense match for Thursday night that is between the WWE Universal Champion Roman Reigns and Smackdown Tag Team Champion Rey Mysterio. It is moved from Sunday’s pay-per-view to the go-home edition of Smackdown. Sources closer to the Wrestling Observer Newsletter revealed to fans there are is no particular reason why the match is moved. However, there have been some creative talks going around that led to his decision.

Hell in a Cell pay-per-view has currently planned that on Sunday Reigns is not going to come inside the ring and wrestle. For now, on Sunday only one Cell match is announced that is between Drew McIntyre vs. WWE Champion Bobby Lashley. There are many rumors going around that Cesaro vs. Seth Rollins may include in the upcoming Hell in a cell card. There is still no confirmation about it though but fans have increased their hope already.