Himanshi Khurana has said about Bigg Boss on his Instagram account, ‘It has been speculated for some time that I am coming in Bigg Boss 13. Take my official announcement. I am not going to the Bigg Boss house as a wild card contestant and I also want to clear some more things from my audience and national video. First, we had a meeting with the team of Bigg Boss.

He wanted to see me as a contestant on the show. But at that time his rules were going against my principles, so we avoid going there. Now his rules were changed and he wanted me as a wild card contestant but I am very busy with things like schedule, commitments for shoots, events, digital endorsements, personal vacations. Bigg Boss is not going to work for me because of my work and schedule. 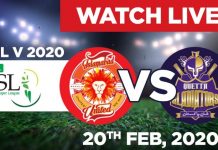