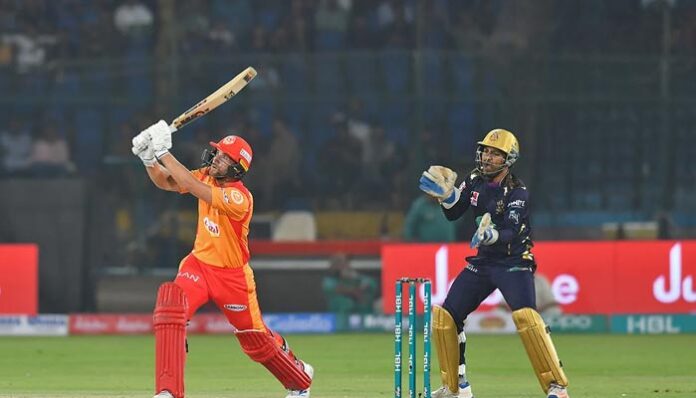 Pakistan Super League has become a phenomenon among all cricket lovers. They are watching every match with full interest and want to know who will win the tournament. The best thing is that PSL boasts of 20 over matches and it is one of the reasons why they are gaining so much popularity. The 50 over matches are tiring and it takes a long time to reach the results. The 20 over matches are a little short and people don’t have to anticipate the results for long. Each match of PSL has its own importance and there are fans speculating and betting who will win the matches. Match 12 will feature Quetta Gladiators VS Islamabad and fans must have their choices to be on one side. If you want to get more details about today’s match let’s get started.

Contents show
1 Quetta Gladiators VS Islamabad
2 Where can you live stream match 12 of PSL?

Quetta Gladiators and their fans are not happy as they have been losing the past three games. There is no doubt that the team will be desperately working hard to gain a win in their next match. It will give them the first-ever win or else their status during the tournament will also be under a lot of threat. They are going to be up against Islamabad United who has also faced defeat in their previous game. The match will be held at Karachi National Stadium and will start at 7 pm. Quetta Gladiators will have to work extremely hard on their bowling and batting. The fast bowlers will have to be careful so they can keep the scoreboard in control. While chasing the runs or making the runs the other team will work equally hard to gain a good score.

Islamabad United are confident on the other side as they have got back to back wins from Karachi  Kings and Multan. However, losing their last game against Zalmi on Saturday night have also put them in a tight spot. In the last game, the batting of Islamabad United has been very disappointing and they couldn’t make a big score. In fact, the 118 scores have been the lowest total in the overall tournament so far. It is to be seen what happens in the next game and how the table turns to bring a new winner.

Where can you live stream match 12 of PSL?

If you are planning to go to the National Stadium you can catch up with the match live. However, if you have not been able to go due to the limited capacity crowd don’t forget to watch it live on Geo Super. When those two options are not suitable you can live stream the match on your mobile screen by visiting the website of Geo Super. There are many sites where ball by ball and run by run updates are also given. Geo super has got the rights to premier all the match tournament live. Cricket lovers can enjoy the tournament by streaming it on Geo Super’s website or their mobile app even if they are not going to the stadium.