Police find body in search of the missing child

Lucas Dobson got into the Stour River in Sandwich, Kent, at 13:30 BST on Saturday while fishing with his family.

Kent police said the body had not been formally identified, but Lucas’ family was informed.

Hundreds of volunteers joined emergency teams in search of Lucas in the last five days.

Ch Insp Mark Weller said that he was “deeply tragic and annoying” and that Lucas’ family was “understandably devastated.”

He added: “We were flooded with offers of assistance from members of the public, who came in large numbers to help find Lucas.

“I know that your family is very grateful and moved by the support provided, and I would like to thank you personally,” I know.

Lucas got into the river between a boat and a jetty on Saturday. His father and two adults jumped into the water in an attempt to rescue him, but he was swept away by a strong current.

The Kent Fire and Rescue Service, HM Coastguard, the RNLI, Kent Search and Rescue and the International Specialist Group’s dive team joined the search for him.

Vigils were held monday night in Kent, with people lighting candles in an attempt to “light up the coast for Lucas.”

Peter Faulding of the International Specialist Group said the search teams had been “working incredibly hard” to find Lucas and that it had been a “real community effort.”

Every day, hundreds of people gathered outside the Sandwich fire station to receive information about the search effort and what they could do to help.

More than 200 volunteers helped in the hunt, and some came from out of the county to participate in the rescue.

But on Tuesday the police urged them to “stay away” as the river had become the “only focus” in the search. 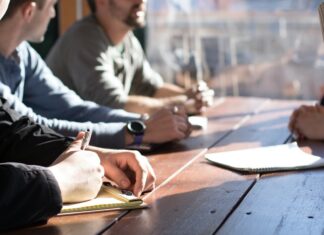