You will also get to know how the game will operate. The game will have an increase in the level cap. Every Class will gain a new Class Skill and the game developers will be adding three Elemental Techniques as Wind, Light, and Dark will join Fire, Ice, and Lightning. The developers will also be adding a title system. The titles will be based on in-game achievements, and the gamers will be able to beat a certain number of enemies.

Phantasy Star Online will be releasing a new addition soon. The World Trials and the large-scale events will occur on all Ships. The developers have revealed a lot of new information about the latest video game. “Unlike normal Trials, the video game will be designed with multiple Sectors at an extended period of time. The objective of the World Trial: Stella Grace Recovery Operation will allow you to collect as the Stellar Grace. The Exploration Sectors will also allow you to win and receive rewards!” 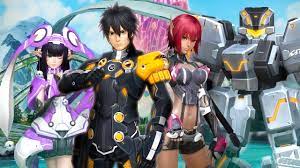 The Phantasy Star Online 2: New Genesis will be releasing the “Sandstorm Requiem” update. The developers have also added a new region of Retem, players and will be able to take part in the limited time. You can Get Ready for Retem! campaign and can collect all the rewards until December 14.

During this campaign, you can get an update for the Monotite, Dualomite, Trinite, and can compete in the Limited-time Tasks! You can celebrate Christmas in PSO2: NGS on December 22! The Central City will be equipped with the Christmas spirit. The AC Scratch Ticket: Frozen World will allow the players to wear Christmas-themed outfits, Dash Motion Changes, and much more exciting stuff.