Panipat is an upcoming Hindi film made by Ashutosh Gowariker. The film is a historical period drama made on a grand scale. Ashutosh is known for making period films and his film Jodha Akbar also gained attention. When such a big film is releasing the industry experts and people alike are hoping for a good business. Since some time now most of the big-budget movies in India are not working very well. So hopes are high this time around. Let’s see how well it can perform.

Contents show
1 Get to know about the story and review on the film
2 Cast, director, screenplay and music
3 Budged, development and shooting of the film
4 Marketing and trailer releasing
5 Release Date

Get to know about the story and review on the film

There are very rich flavour in the history of India and a lot can be extracted out of it if a film has to be made on any event. The story of Panipat also reflects the historical background of India quite well. The third battle fought in Panipat in 1761 is still fresh in the books of history which are now being portrayed through this film. Maratha warrior named Sadashiv Rao Bhau is a very known and skilled warrior in history. Through this film, his life and achievements will be brought into the picture. During the rule of Muslims in the subcontinent, there were very few warriors who actually dared to have a batter with fierce and powerful Mughals so India always cherishes them.

The lead cast of the movie is Arjun Kapoor, Kriti Sanon and Sanjay Dutt. The cast is quite talented and we can always expect a great performance from Sanjay Dutt as he always delivers one of the best performances. He can fit in a positive and negative role quite well. Arjun Kapoor is also a decent performance and we can hope he can pull off this powerful character with ease. Not much to say about Kriti as the film seems to be dominated by two powerful male leads. Her last performances have also not been very noteworthy and let’s wait and see how many powerful scenes she can grab here.

The director of the film is Ashutosh Gowariker. He surely has a great vision when it comes to making great historical films. He has also helped in the screenplay writing this time. Veteran actresses Zeenat Aman and Padmini Kolhapur have also got good supporting roles in the movie. The cast is very star-studded and at least we can hope for good performances from them. Ajay Atul has composed melodious songs for the film with an authentic historical feel.

Budged, development and shooting of the film

The shooting of the film started last year and just recently wrapped up. It has been stated through many media sources that the huge sets and war related scenes turned out to be extremely high budget. The film has been shot extensively in Haryana, Panipat and other important locations to give a real feel to the settings. Neeta Lula has designed the best costumes for the film. On June 30th 2019 the film’s shooting ended and Kriti posted a photo with Ashutosh on her social media account and confirmed for the same.

The film is being widely promoted by the makers. We often see promos and trailers of the film in Indian channels. The songs are also getting good reception. The first trailer was officially released on 5th November 2019. The response so far has been good.

Panipat is releasing on 6th December 2019. Producers hope to get good box-office results. Let’s see what the future holds for this mega-budget flick. 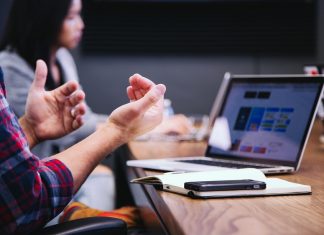 Avatil Binshtok - January 20, 2022
When you are trying to attract new members of staff at your organization or keep the ones that you have already, it is often...