The PSL fans in Pakistan can’t get any more excited because 2020 is going to bring the event of PSL to the home grounds of Pakistan. The entire matches of the PSL are going to be played in Pakistan this year and the schedule of the grand event has just been announced. Four major cities of Pakistan are going to host the PSL tournament that includes cites Lahore, Multan, Karachi and Rawalpindi. The tournament would be holding 34 matches in total and the four cities hosting the PSL tournament would shine with talented world-class players participating in the matches.

The PSL will be holding the fifth season and the matches will be held in the months of February 2020 – March 2020. Looks like this spring season is going to be pretty exciting and fun filled for the people of Pakistan and all the cricket lovers. The complete list of the schedule will be out and updated once the whole schedule is fixed.

The most number of matches in the tournament is going to be played at Gaddafi stadium. 14 matches will be hosted by the grand cricket venue of Gaddafi stadium in Lahore. The second contender to host most matches of the tournament is Karachi and the city of light will be hosting 9 matches. The remaining matches will be split between the other two cities Rawalpindi and Multan.

The biggest highlight of the year 2020 the PSL tournament first match will be held on February 20th which will mark the beginning of the super exciting tournament. The opening ceremony will kick start in the National Stadium on 20th February and Quetta Gladiators will play against Islamabad United in the opening match of the tournament.

Karachi will be holding the Qualifier matches and the tournament will then shift to Lahore where Qaddafi stadium will host the last three matches of the PSL season 5. The matches will be the 2 semi-finals and the grand finale.


Ehsan Mani The chief at the PCB stated in an interview After opening up doors for test cricket in the country we have now hosting the whole PSL tournament which we believe is an achievement. I was also confident that the tournament should be played in Pakistan on the home grounds of Pakistan because it is Pakistan’s league. We committed and promised to the Pakistani cricket fans that we will be holding the whole tournament of PSL 5 in 2020 on the home grounds of Pakistan.

WRITE TO YOUR FAVOURITE TEAM NAME IN COMMENT. AND GET FREE PSL TICKET. 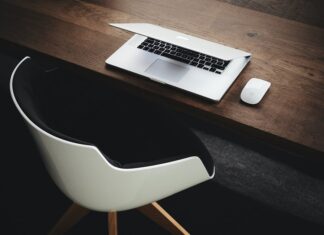 Avatil Binshtok - July 31, 2021
No business can endure without people. It is a fact that is well-established in all employers’ minds. But, each employer also recognizes and practices...

Top tips for finding the best massage services on the Gold...