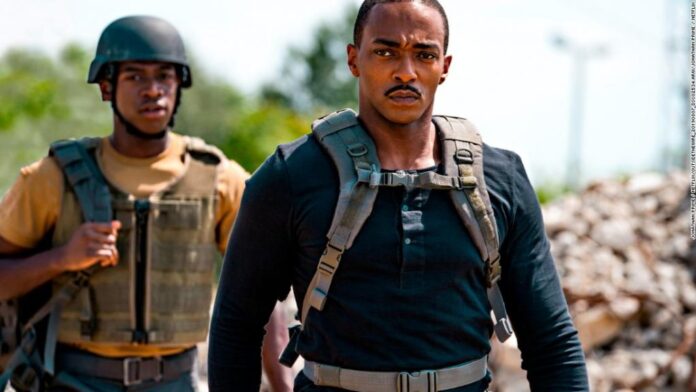 Anthony Mackie, who is famous for his portrayal of Marvel’s Falcon, in the Marvel Cinematic Universe, has been involved in many projects. His new film Netflix’s “Outside The Wire,” has released on the 15th January 2021 on Netflix.

The film stars Anthony Mackie in the lead role. He is also the producer of the Netflix project. “Outside The Wire” features Anthony Mackie set in 2036. He plays an android officer who works in the military. He plays a drone pilot who is given the opportunity to locate a doomsday device that is planted in the war zone.

“Outside The Wire” on Netflix, has arrived and has reviewed the latest film released on Netflix. Marvel’s Anthony Mackie plays the lead in the film and is also the producer. The movie has received mixed reviews.

Critics On “Outside The Wire” 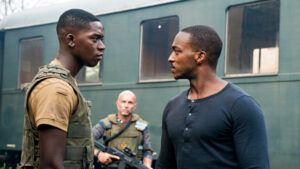 Variety’s Peter Debruge, reviewed “Outside The Wire,” as another signature Netflix original movie. He considered the movie as a good-enough production work and stated that this is similar to the big projects offered by Netflix. Variety’s Peter Debruge has reviewed the movie as average. He said that it’s okay to use this much investment as the movie is never meant to be released in the theatres. Netflix could have invested so much money on other projects and shouldn’t have invested in the CGI of a movie that will be forgotten shortly.

TV Guide Jordan Hoffman said that the movie doesn’t make any sense. He stated that the plot has a big ending and also said that the United States will never provide this much resources to the Russia-Ukraine border. He also talked about the missiles that have nuclear weapons. Jordan Hoffman gave 3.5/5 stars and also pointed out that the logic of the movie is flawed.

John Defore who is a Hollywood reporter pointed out that the film has heavy dialogues and has stated that the movie has a solid script and has a justified ending as well.

Plot Of Outside The Wire

Outside The Wire follows the story set in the future timeline. The movie is set in 2036 and features the story of Leo, who is an android officer. The movie is focused on the character of Anthony Mackie who joins a drone pilot Lt. Thomas Harp which is played by the actor Damson Idris. Harp goes to a deadly warzone and informs the officers about a nuclear attack. He then joins Leo and sets on an adventure to prevent the nuclear missiles to start a global catastrophe. The plot of the film is intriguing and involves you in the movie.

Cast Of Outside The Wire

The critics have praised the star cast of Outside the Wire. The lead and supporting cast has done a great job and has performed their characters well. Outside The Wire star cast includes: 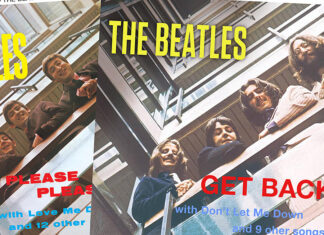 Ayesha - June 17, 2021
The Beatles are one of the most popular music groups in the history of music. The band made several records during their active career...