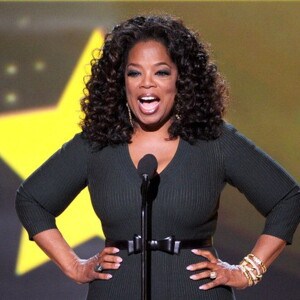 Oprah Winfrey is a media personality from America. She is a popular television host and an author. Opera is considered to be one of the richest celebrities in the world and she earns $315 million per year because of her diversified media empire.

Oprah Winfrey was born in a poor family. She suffered from abuse and prejudice to become the influential star that she is today. Her real name is Orpah Gail Winfrey and she was born on January 29, 1954. She was born in Kosciusko, Mississippi, and was raised by an unmarried mother. She worked as a housemaid. Her father worked as a barber and a coal miner. Oprah grew up with her mother and grandmother when she was a baby.

Oprah had a sister named Patricia. Her sister Patricia died from cocaine abuse when she was 43. When Oprah was 12, she started living with her father Vernon in Nashville. At the age of 13, she ran away from home because she experienced abuse there. She was pregnant with a son at the age of 14 but the baby died in her womb. At the age of 17, Oprah won a Miss Black Beauty Tennessee pageant and started a job at the local black radio station called WVOL. She worked as a news anchor there.

Oprah was the first black female news anchor and the youngest to host a show. She co-hosted a talk show called People Are Talking. Her show Baltimore helped her earn $220,000 per year.  ABC recognized her talent and gave Oprah a 30-minute morning talk show. She signed a four-year contract for, $1 million with the channel. 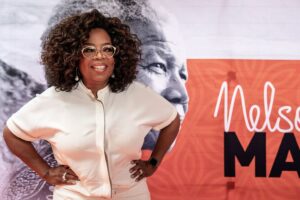 Opera hosted a successful Tv show and brought the ratings from dead to the highest-rated talk show in Chicago. The show was renamed The Oprah Winfrey Show and broadcasted internationally. It was expanded to a full hour. The show targeted women’s issues in the start but later covered topics like health, spirituality, social issues, and charity.

Oprah established the Oprah Winfrey Leadership Academy that is dedicated to Girls living in South Africa. She has funded $40 million to the school to date. The school has enrolled 322 girls already, and there is a plan to expand to 450. Oprah raised $11 million for Hurricane Katrina relief and donated an additional $10 million. She raised $12 million to the Smithsonian National Museum of African American History and Culture. Oprah was awarded the honor of the Presidential Medal of Freedom from President Barack Obama.