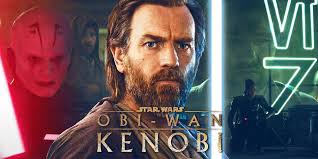 Have you ever wondered what the legendary space wizard Obi-Wan Kenobi did while in exile on Tatooine? If you are curious about it then you should look forward to the Disney+ Obi-Wan Kenobi. The new live-action Star Wars miniseries will be titled Obi-wan Kenobi. The series takes place in the aftermath of the turbulent events of the Revenge of the Sitch.

It will revolve around the Skywalker twins who are whisked away to hide from their Sith Lord father. Leia is in the custody of Bail Organa and is raised as a princess. The tiny Luke gets the short end. She is handed over to Owen and Beru Lars. They grow up on a moisture farm and Obi-Wan watches from a distance. Let’s find out more about Obi-Wan Kenobi.

What Is The Release Date Of Obi-Wan Kenobi?

At What Time Will Obi-Wan Kenobi Release? 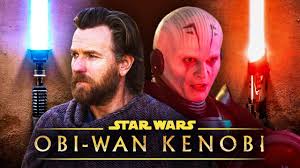 How Many Episodes Will Obi-Wan Kenobi Have?

What Is The Plot Of Obi-Wan Kenobi?

Obi-Wan Kenobi is set 10 years after the Jedi purge seen in 2005’s Revenge of the Sith. It tells the story of the Jedi Master’s life in exile on Tatooine. He protects the young Luke Skywalker and eludes a fierce detachment of Sith Inquisitors. He is with exterminating any remaining Jedi.

These relentless hunters head towards the Grand Inquisitor. The team is led by the Fifth Brother and Seventh Sister. The skilled assassins were seen in Star Wars: Rebels Season 2. And yes, Darth Vader will also be a part of Obi-Wan Kenobi.

Who Is in The Star Cast Of Obi-Wan Kenobi? 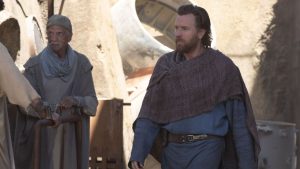 After a long break from Star Wars, Ewan McGregor will play a middle-aged Jedi hermit Obi-Wan. Another legacy actor, Hayden Christensen, will also be joining the cast of the series. The remaining main cast will include:

Is There a Trailer For Obi-Wan Kenobi?

Disney+ has released the latest trailer of Obi-Wan Kenobi on, May 4, 2022. The trailer is a preview of the drama and shows what is to come in the series.

Will There Be An Obi-Wan Kenobi Season 2?