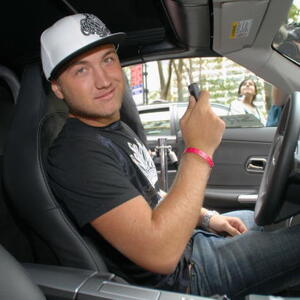 Nick Hogan is an American actor and a TV personality who has appeared in many reality shows. Nick is the son of the wrestler, Hulk Hogan. Nick first became prominent after he made an appearance in popular reality shows such as”Hogan Knows Best” and “Brooke Knows Best.

Nick Hogan has an estimated net worth of $500,000. He has earned this net worth through his successful acting career and TV appearances. He pursued a motorsports career which earned him a name and success. Nick was a part of the Formula D NOPI Drift series but he gained negative feedback from the media after racing illegally. He was given a ticket for speeding and street racing and something terrible happened in 2007. Police charged him for being intoxicated at the time of the crash, and the passenger suffered severe injuries.

Nicholas Allan Bollea was born on July 27th of 1990 in Los Angeles, California. When he was just 15, he came into the limelight after making his debut in “Hogan Knows Best.” He has an older sister Brooke, and she is also a well-known celebrity. Nick became popular and gained a lot of wrestling fans after he appeared on television. He is known as “Nick Hogan” and has used this name throughout his career. 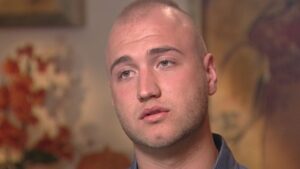 Bollea gained his Formula D competition license and competed in the Formula Drift. He qualified the tenth place at the Denver NOPI drift event and came in the third position at an event in Pittsburgh. Bollea also took part in various amateur events. Nick drove Dodge Vipers and Nissan 350Zs during his drifting career.

Nick has a connection with Hulk Hogan, and that is why he gained many sponsorship deals in his racing career. He endorsed Dodge for a brief time, and his major endorsement deals include Polaroid, Mac Tools, BF Goodrich, and Sparco.

Nick has suffered from many legal issues while he drove on public roads. His Lamborghini was caught on fire, but after some time it was revealed that this is common when it comes to sports cars. He was caught speeding in Miami and Tampa and was also ticketed two times for speeding in the Miami-Dade area.

According to reports, Nick crashed a Toyota Supra that was owned by his father in Clearwater, Florida. He crashed the car and was accompanied by the members of his pit crew. Nick was just 17 years old when the incident took place.

Nick Bollea has been linked to many high-profile celebrities in the past years. He was dating Breana Tiesi, who is a model. The couple began dating in 2008 and broke up in 2015. Later in 2017, he began dating Brit Manuela who is a famous Instagram model. The couple parted ways in 2018. In 2019, Bollea got into a new relationship and was linked to an adult film star Tana Lea.