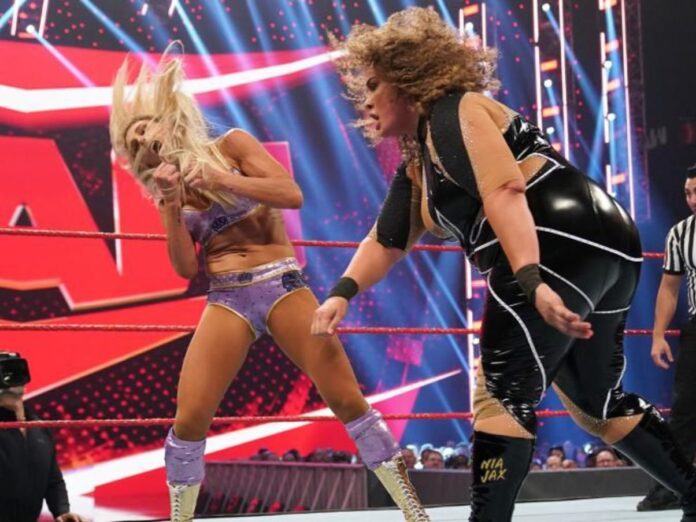 Nia Jax is out of action for undisclosed amount of time. Fans must be disappointed to know about it but there is no definite time for her comeback. At Monday’s RAW Shayna Baszler defeats Nia and that too in a single action. She also snapped at the ringside and attack Nia before she walks away. In a very recent update Kayla Braxton revealed on ‘’the bump’’ that Nia may not be back soon. Even the medical staff at WWE has also confirmed that Nia need a quick surgery after suffering from an elbow posterior fracture. Here is more to this story:

Nia Jax out of action due to injury 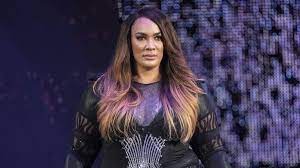 Nia Jax is out of WWE action after facing an injury at a recent match. She is suffering from an elbow posterior fracture and things don’t seem good. Kayla has revealed in her recent interview that Nia will soon have to go under the knife. Nia also suffers from a dislocation at her left elbow. Looking at the current scenario she will be for a long time. According to some media portals it is not yet sure if Nia is injured or not.  The Monday’s attack angle might have been a rumor in itself to write her off from the wrestling world. Whatever the next updates, we will keep you updated. 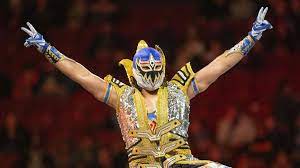 Lucha Libre program Mas Lucha has recently revealed that WWE star Gran Metalik has requested a release from a promotion in WWE. Few months ago his fellow star luchador Andrade also requested his release. Many people in WWE already believe that Gran is asking for his release due to frustration with the company. It is also noted that Gran’s deal with be going through 2023.

However he plans to continue his wrestling in the USA and his native Mexico and Japan. You will not be surprised to know that he also took part in the New Japan Pro-Wrestling. His journey has been on and off from 2010 to 2017. There is still no confirmation about his release or what he plans to do next.

He has been one of the high profile wrestler and developed a good reputation. Gran has also gained a good position as high flyer in Lucha. In Japan he has been competing in various challenges. In 2015 he has got a win against ALEW star Kenny Omega for the IWGP Junior Heavyweight Championship.

Gran made his debut in WWE in 2016 and has taken a part in Cruiserweight Classic. He has reached the finals but had to see a loss to TJ Perkins. His hard work continues as he appears in CMLL while working for CWC too. After that he wanted to sign up with WWE and continued his power packed performances.

It is not surprising that due to his influence in the company he has become a member of the Lucha House Party. Lince Dorado and Kalisto have been recently released from WWE at the start of this year.