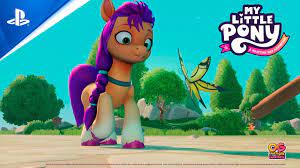 The latest TTRPG developed by Renegade Game Studios will be a treat for gamers. The latest game will have magic and friendship and will be titled My Little Pony Roleplaying Game. The team has taken the characters from the animated series. It will present a virtual world for you to explore. The MLP characters will include some of the most interesting characters. Let’s find out more about My Little Pony. 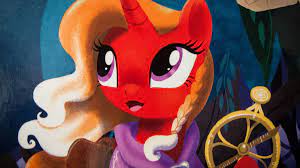 My Little Pony will have a lot of similarities with the Pathfinder or Dungeons & Dragons. The game developers will be releasing a core rulebook that the gamers can follow to win every challenge in the game. The video game will have the following features including GM Screen, Game Dice, Dice Bag, Deluxe core rulebook, Character Journal and so much more.

My Little Pony will be put for pre-order in 2022. The video game will be released in the third quarter of 2022.

My Little Pony Gameplay and Items 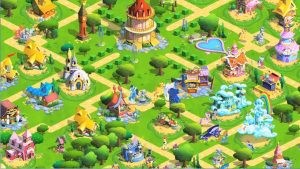 In the My Little Pony Roleplaying Game, the players will craft their own custom pony character. They will use this character to win the storytelling game of friendship and magic. The players will combat various Threats and other problems in Equestria. The adventures in the game will be led by their Game Master. The Game Master is equipped with pre-written adventures. You can use the adventure hooks that are presented in the book. The players can customize and create all-new stories for the players to enjoy.

The perfect follow-up adventure will be presented with the introductory adventure. My Little Pony Roleplaying Game Core Rulebook will guide the players about the virtual video game.

This 8-piece dice set will give all the players a chance to play the My Little Pony Roleplaying Game in the best way possible. The set will include a d4, d6, d8, d10, d12, two d20s, and a D2. It will be a two-sided coin that has My Little Pony icons on each side. The new dice will help you harness the magic of friendship with each and every roll!

Keep your dice and gaming accessories at hand. The premium quality My Little Pony Roleplaying Game will feature a quality dice bag! It will be perfect for use in the My Little Pony Roleplaying Game. The gaming session will allow you to show off your fandom! This video game will feature high-quality construction designed with a soft fabric exterior and protective liner. The locking drawstring clasp will be safe and secure. The size of the dice bag will be 6.25 in x 8.5 in.

This journal expands character sheets and character-building prompts. The video game will provide you with the history pages, and a linen-look hardcover book that will include 80 pages and a ribbon bookmark.