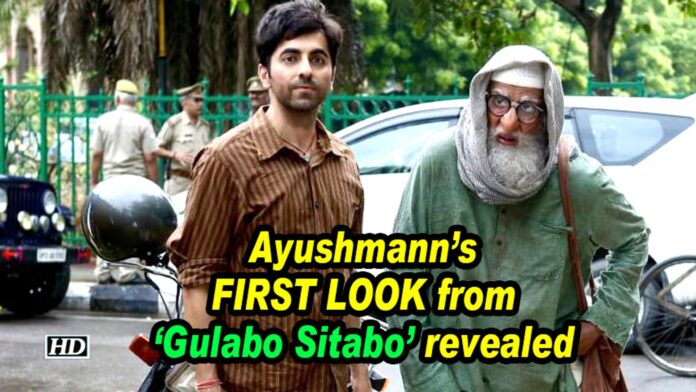 Gulabo Sitabo is an Indian film which stars Ayushman Khurana and Amitabh Bachan in lead roles. It is a Hindi language comedy-drama which has gained a lot of attention due to star cast and unique plot. The film was recently released on 12th June 2020 and you should also give the movie a try. The film is directed by Soojit Sarkar and we know how talented this director is as he has directed many hit films so far. In this article, we will give you a movie review and other details about the movie. It will help you decided whether you want to watch the movie or give it a miss.

The plot of Gulabo Sitabo revolves around a greedy old man who wants to have everything in life. He loves his wife but his nature is irritating for her. Amitabh is playing Chunnan Mirza and his wife is Fatima who runs a mansion. They give rooms for rent outs and many people come to stay there but they have to pay a huge amount of money to do that. There are some people who don’t even pay rent and this mansion has been handed to them by Mirza and his wife. As Mirza’s wife is dead he wanted somebody to take care of the mansion.

There is another important character named Baankey Rastogi and Ayushman is playing it. When he enters the film it gets very interesting and the major twist arrives when he stays in the mansion with his three sisters. He works in a meat shop and finds it hard to earn a living and especially giving the rent has become even more difficult for him.

Read More: Oh My Baby: Release Date, Cast, Plot and All You Need To Know

The reviews of Gulabo Sitabo are mostly decent and people are praising it for the innovative concept. However, the ratings are given by the critic’s aren’t very high and some of the ratings which are given by the audience on IMDB aren’t very high either. The critics feel that the story is not good enough but the performances of the lead cast are quite good. The climax of the movie is surprising and dark so you will be surprised how things turn out towards the very end. Amitabh has been praised for his good acting skills and there are very few movies which involve this genre. Such dark themes may not be loved by the audience much as some of them like to watch romantic or comedy movies instead.

Gulabo Sitabo boasts of talented cast members and here we have the list for you.

Gulabo Sitabo will be releasing on 12th June 2020 on Amazon Prime Video. You can watch it online on the official channel by subscribing on to it. After reading the review and comments from people online you can decide whether you want to watch it or not. We suggest you should watch out for great performances and the unique storyline.