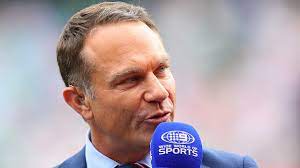 Former Australia opener Michael Slater is detained by police and was taken to the mental health facility in Sydney. The former cricketer had charges of domestic violence. He avoided going to jail due to his bad mental health condition. Michael was charged with domestic abuse and assault by the Sydney local court. The cricketer did not go to jail as he was proved to have been suffering from mental health issues. 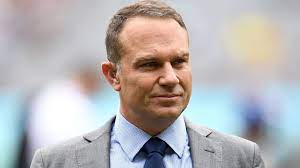 Slater, 52, was charged by the New South Wales state police last October for stalking and intimidation of his ex-partner. The cricketer was due to appear before Waverley Local Court on Wednesday. He appealed for the charges to be dealt with under the Mental Health Act.

The prosecutor told the court that Michael Slater is detained by police and paramedics. He was taken to the mental health unit. He is currently being treated at Sydney’s Northern Beaches Hospital.

The Waverley Local Court on Wednesday concluded the case by stating that Slater would not face time behind bars. The court approved the cricketer’s claim that his actions were under the stress of his bad mental health issues.

The Australian Broadcasting Corp. quoted that there have been “significant changes” in Slater’s circumstances since December. The former cricketer felt the need to stay medicated for his mental health condition.

According to reports, Slater breached the restraining order by using a mobile phone to call and send tons of messages to his ex-partner. In December, he was ordered to visit a mental health facility. The condition of bail was due to his mental treatment.

The ABC reported that Slater has been diagnosed with major depressive disorder. He also has alcohol addiction, borderline personality disorder and ADHD. Slater has already spent more than 100 days in mental health facilities. 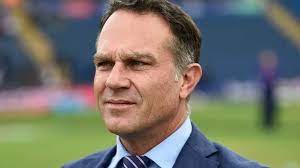 Michael Slater is under a fresh police investigation. He is being investigated for an alleged domestic violence incident. A few hours before the verdict of his case the cricketer had his charges dismissed.

“About 9.20 pm (Tuesday 26 April 2022), officers attached to Northern Beaches Police Area Command were called to a unit on West Promenade, Manly, following reports of a domestic violence-related incident,” a news portal reported the NSW Police statement. “On arrival, police were told a 52-year-old man had allegedly assaulted a 35-year-old woman.”

Michael Slater worked as a television commentator after his retirement from international cricket. The right-handed batter had played 74 Test matches for Australia. He was active from 1993-to 2001, scoring 5,312 runs at an average of almost 43.