Metroid Prime 4 For Nintendo Switch: What We Know To Date

Metroid Prime has become one of the most emblematic games of the Nintendo Switch trajectory due to the development of the project. Being one of the most beloved sagas of Nintendo, but, in turn, of those that have a more niche audience, Metroid has been launching a critically praised game after others with its greater or lesser periods of drought. An example of this can be seen in the Nintendo 64 itself, a console that, along with Wii U, skipped its corresponding delivery. Now, with at least one developing title that we know, Metroid Prime 4, it’s time to emphasize everything we know about the Retro Studios project

Contents show
1 This is all we know to date of Metroid Prime 4 for Nintendo Switch:
2 The crisis on the Wii U:
3 The return of Samus, but with uncertainties:
4 Restart and return home

This is all we know to date of Metroid Prime 4 for Nintendo Switch:

The first E3 in which Nintendo Switch was present could not have been better in terms of advertisements, since, among other titles of the company, it was the moment when users of the Nintendo hybrid console learned of the existence of a new installment of the mythical Metroid saga, which took the form of ‘ Metroid Prime 4 ‘ and that would bring back the bounty hunter.

Having said all this, one cannot ignore the instability that Metroid launches have experienced over the years, since, on the one hand, it started being during its first 4 deliveries as one of the company’s most popular franchises, although always without reaching the sales numbers of Zelda or Mario, which has been followed by an era in which the releases were scarcer, which is why the announcement of ‘Metroid Prime 4‘ was so well received by the Nintendo Switch community.

However, beyond this announcement, the history of ‘Metroid Prime 4‘ goes back much further back in time, so there have been different statements by Nintendo over the years that had been pointing and pointing to this unexpected announcement. For all this, in the next lines, you can find everything you need to understand what has been the trajectory of ‘Metroid Prime 4‘ to this day.

The crisis on the Wii U:

To start talking about ‘ Metroid Prime 4 ‘, we have to deal with the background of this game, going back to the time of Wii U, in which it had been years since the last installment of Samus Aran, which at that time was ‘ Metroid Other M ‘. After receiving this title, Nintendo seemed to take a break with the saga both in its traditional version and in the first-person games. However, far from being a pause in which to think about new ideas, it became a period of drought that caused the fans’ impatience to be noticed.

This helped the many rumors that revolved around the development of a saga title, the silence of Retro Studios after launching the sequel to ‘ Donkey Kong Country Returns ‘ and Miyamoto’s own words about the possibilities offered by Wii U  to the Metroid saga. And all this, in between, with the revelation of a project canceled by Next Level Games for Nintendo 3DS and that ended up being transformed into ‘ Metroid Prime: Federation Force’.

At this point, being a critical moment by fans, Nintendo made the decision to publicize this spin-off, which was chronologically located between the first two installments of the Metroid Prime sub-saga. And either for one reason or another, fans of the series received this announcement in the worst way, forcing Nintendo to disable comments on the presentation video and causing a real headache for managers.

We had the proof of the latter with figures such as Kensuke Tanabe, producer of the Prime series, who justified the absence of a Metroid because of this type of games required at least 3 years to carry out its development. With this, the creators made it clear that at that time Nintendo had no idea at hand for the future of the franchise, which should be added the fact that all the past rumors had fallen in the broken sack. However, it seems that this caused a spark to jump in Nintendo’s offices.

The return of Samus, but with uncertainties:

Returning to the beginning of the article, we have to mark a turning point in the E3 of 2017, date remembered by Metroid fans  and not only for having Nintendo  announcing ‘Metroid Prime 4‘ for Nintendo Switch, but also to add to This is the fact that, in parallel, ‘ Metroid: Samus Returns ‘ had been developed for Nintendo 3DS, which would come out just a few months after its announcement and thus assuming Samus’s return  to portable consoles after almost a decade later.

However, focusing on ‘Metroid Prime 4‘, you cannot ignore the fact that the announcement, whose trailer you can see in the video on these lines, was one of lime and another of sand, since, for an On the other hand, we had official confirmation that Samus would return at some point, but without even knowing what his development status was or the team in charge of it.

The only thing we knew about ‘ Metroid Prime 4 ‘ was that, whoever they were, it was a young and talented team that we’re going to develop this new Samus Aran adventure. And from there, everything was a rumor. Not for nothing, Nintendo remained in the most absolute silence with this installment, being the only mentions that were made of it the appearances in the future releases of Nintendo Switch that were being updated every quarter, being, next to ‘Bayonetta 3‘, as one of the titles with no defined release date.

At some point, it was learned through multiple rumors that the team behind this project was Bandai Namco, specifically the division of Singapore. However, this rumor was followed by others who ended up denying it, either because of tacit contradictions, such as the fact that it was Nintendo itself that developed it, like others who directly confirmed that Bandai Namco had nothing to do with it. And with all this, we come to a situation of speculation that had the last part of this article as an answer.

It was on January 25 when Shinya Takahashi, responsible for the development of Nintendo games, came out in a video released by surprise in which the fears of many were confirmed: Everything developed to date had not met the quality levels required to the Nintendo games, so, at the risk of moving forward, launching the game and disappointing the fans, the Japanese company decided to cancel the entire project that had been developed to date and restart it from scratch.

However, it should be noted that the mysterious development team disappeared completely from the equation, with Tanabe himself being in charge of taking charge of the project with Retro Studios, creators of the original trilogy, as its development team. Knowing this, Nintendo itself confirmed that ‘Metroid Prime 4‘ would take longer than expected to leave, since restarting the title from 0 means losing these last two years.

With all this in mind, and contrary to what one might suppose, the news was in some sense well received, since Nintendo’s sincerity was appreciated in this regard. And with that in mind, as they say, that has been everything to date. As regards the future, it is difficult to know if ‘Metroid Prime 4‘ will be shown in the short term (quite doubtful). However, it is not ruled out that Nintendo shows what the work environment is like and some initial sketches so that fans can see how the project progresses. For the rest, and unless there are more games in the saga in development, Samus will have to keep waiting. 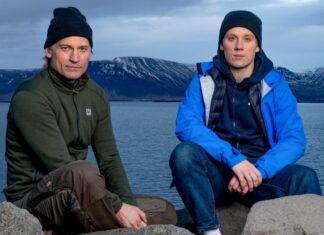 Ayesha - Modified date: January 23, 2021
Due to the Covid-19 pandemic, the world was introduced to streaming shows and movies online. The streaming market is becoming more and more popular...