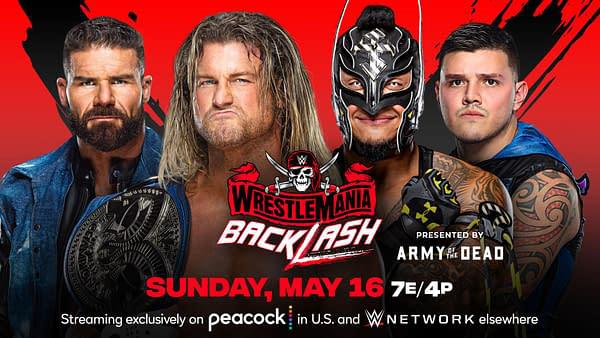 Fans will be excited to know that a lot is being prepared for the upcoming WWE Smackdown. There are a total of five matches announced for WrestleMania Backlash. Rey Mysterio and Dominik Mysterio will be teaming up at the Smackdown Tag Team Championships. It is held by Dolph Ziggler and Robert Roode as they are known as the Dirty Dawgs. WWE has officially announced the news and assured fans about all the fun and entertainment on WWE.com.

You will be surprised to know that Rey Mysterio & Dominik Mysterio will be teaming up at WrestleMania Backlash. Audiences will watch them become the first father and son Tag Team Champions in WWE history. They are going to face a competitive challenge against the Smackdown Tag Team Champions Dolph Ziggler & Robert Roode. Here are all the latest updates below:

Who is expected to win the WrestleMania backlash? 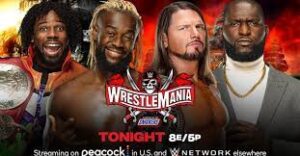 It seems that the challenge is going to be very intense as the wrestlers are going to compete against the champions. There are many people already in love with the natural chemistry, skills, and fast athleticism of the Mysterious. It has helped them flourish as a tag team and they have slowly become the top contenders for the gold.

Every person has a different choice and some may not like Roode & Ziggler. However, they do like to talk about their skills and ability as true champions. Additionally, both superstars have got exceptional skills to win the backlash as a team. They can do whatever it takes to grab the victory and maintain the illustrious they have won so far. Without a doubt competition against the Dirty Dawgs is a very challenging task.

Can we see a title change at WrestleMania Backlash next week?

There may be a few changes in the title of WrestleMania this week. It may happen since people care a lot about Rey Mysterio. Many fans have already been caring about Dolph Ziggler or Robert Roode during all these years. Everyone is pretty much convinced that they have achieved this top title as McMahon is forgotten champion now. The division among the tag teams doesn’t exist anymore. You can learn more about the WWE Smackdown as it airs soon. Dolph Ziggler and Rey Mysterio’s careers have been efficient and they have impressed one and all.

When can you watch the WrestleMania backlash?

You cannot afford to miss the WrestleMania Backlash this Sunday, May 16. The backlash will begin at 7 ET/4 PT exclusively on the popular streaming service Peacock and WW network. Before that, you can watch the teams up against each other this week and next week on Smackdown. You don’t have to be surprised as this is how WWE likes to entertain every type of audience who loves to watch wrestling. There are a lot of people who love to watch wrestling and all this news will give them a lot of fun and entertainment. Watch out for all the upcoming matches and find out if your favorite wins or not.