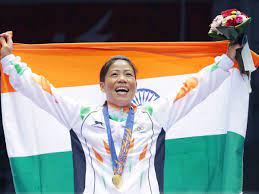 Mary Kom was ruled out of the CWJ after suffering from a knee injury. She fell down in the very first round of the last-four bout and had to opt-out of the championship. The 39-year-old boxer kept going after receiving the medical treatment. She couldn’t continue after a couple of punches as she struggled to maintain balance. Mary ended up clutching her left knee and had to quit the game immediately.

Mary Kom Was Forced To Withdraw Midway Due To Injury 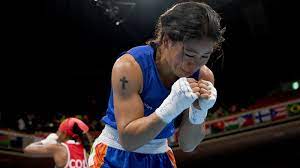 Mary Kom injured her leg during the trials and was forced to withdraw from the game. She had already skipped the boxing world championships and opted out of the Asian Games. Veteran Indian boxer MC Mary Kom wished to compete at the Birmingham Commonwealth Games. Her mission ended up in heartbreak as she was forced to withdraw midway from getting selected due to a knee injury.

Mary Kom is the only Indian female boxer who is a six-time world champion. She twisted her left knee in the first few minutes of the opening round of the 48-kg semi-final. The boxer was playing against Nitu. Mary Kom will be missing the quadrennial event. Mary had become the first Indian woman boxer who clinched a gold medal in the last edition at Gold Coast in 2018.  She shared:

“I was training so hard for this. This is just bad luck, I have never had a knee injury before,”

The official statement of the Boxing Federation of India (BFI) revealed their statement.

“Six-time world champion Mary Kom has withdrawn from the ongoing Women’s Boxing Trials for the 2022 Commonwealth Games due to an injury she suffered on Friday,” 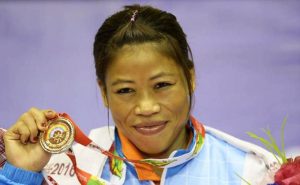 Mary Kom fell down in the very first round in the last-four bout. The 39-year-old made efforts to go on after receiving medical assistance. After a couple of punches, Mary struggled to maintain balance. She ended up injuring her left knee. The Manipuri was carried out of the ring with Nitu. Due to Mary Kom’s injury, Nitu was announced as the winner via RSCI.

Mary Kom, the left knee was heavily bandaged after she fell on the floor. She was taken to the hospital for scans. Mary Kom is a multiple-time Asian gold medallist. She last competed at the Tokyo Olympics.

Mary Kom is the most decorated Indian boxer. Mary wished to concentrate on the CWG which was to be held in Birmingham next month. However, due to her knee injury, she could not manage to take part in the championship.