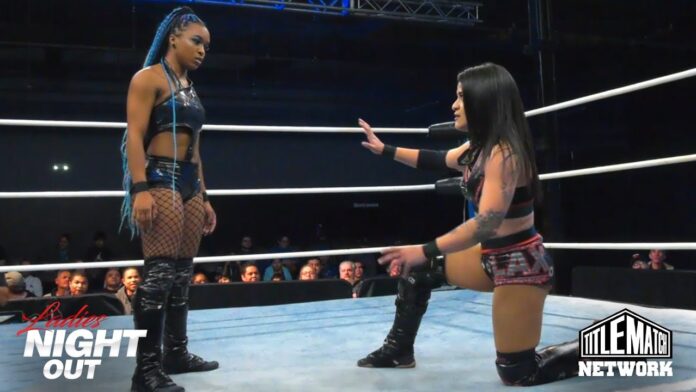 Every day new updates from WWE come in. They can’t stop surprising the fans as each time there is something new to know. The latest buzz that is coming in reveals that Kiera Hogan will announce her departure from impact wrestling. This may come as a shock to her fans but it seems that has finally taken the decision to move on.

Kiera Hogan took her Only Fans account to share this news with her beloved fans. She also reveals that she has finished up her contract with the Impact wrestling team. It is not sure what she chooses ahead in her career. The TV tapings held in Nashville this week seem to like her last interaction with them. Here are more details about Kiera Hogan: 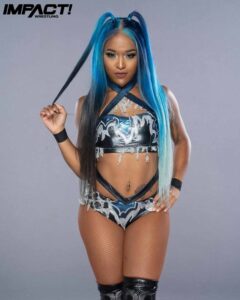 The news is viral as Kiera has taken her fan’s account to get in touch with her beloved fans. She has been a part of Impact wrestling for some time now. Why she has chosen to depart from this platform seems to be her personal decision. Here is what she has to say:

“What’s up, Babies! I’m in Nashville for tapings and you guys will be the first to know that this is my last IMPACT tapings and I’m going to see what else is out there for me [emoji] I’m so excited and scared but I know whatever I choose to do I’m gonna be the best and that’s on period [blue heart emoji],”

Some fans have not been very happy to hear this news. As it was reported in August 2019 that she has signed up for the company this summer. It was a multi-year contract that was not very long-lasting. It seems she doesn’t have any plans to renew the contract at the same time. Whatever she has achieved so far is quite big in itself and fans cannot stop praising her. 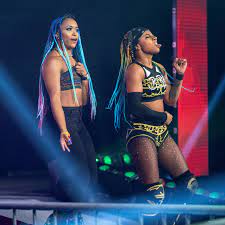 It is not surprising that Kiera is known as the Fire ‘N’ Flava. She teamed up with Tasha Steelz and won a big title in the tournament. Many people love the fact that she is one reason why impact knockouts have revived. Kiera holds the title of Impact Knockouts Tag Team and won it at Hard to Kill on January 16. After that, she lost the title to Jordyn Grace and Rachael Ellering at Rebellion. However, she could win this title back on May 15 at Under Siege. Once again they lost the title to Havok and Rosemary at Slammiversasry last week.

Fans can lookout for a new storyline with the tag team as many new matches are coming up to excite fans. Everyone knows that Hogan signed her first contract with Impact/GFW in 2017 and has been a part since then. She is now departing from the company with a few titles under her belt. Kiera has won two titles for Knockouts Tag Team Champion and has an impressive record. If you want to know her next move, stay tuned for more updates and a departure from Impact wrestling.