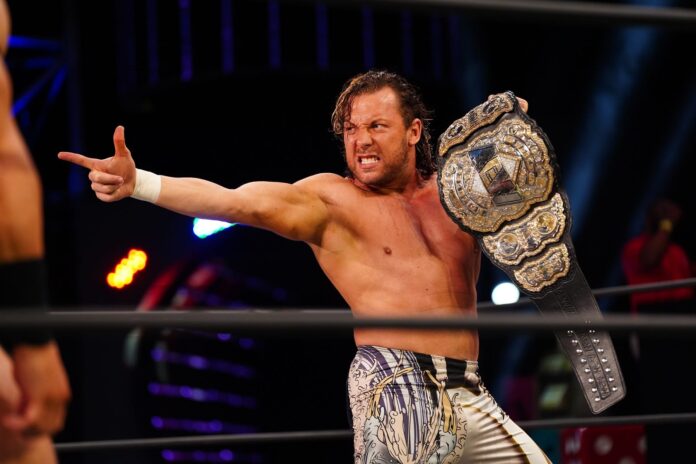 Kenny Omega needs no introduction as he is currently the AEW World Champion. In his recent interview he reveals about the excitement that is surrounding the company. There are many interesting matches coming up and he wants to retain his title. He is happy to know that big stars like Adam Cole and Bryan Danielson are also a part of AEW. There is a lot of buzz going around in the media that many companies are producing exciting content. All the wrestling fans can enjoy many entertaining WWE matches. New talent is exemplary while the old wrestling stars are becoming a source of inspiration. Here is what Kenny Omega has to talk about his dream opponent at WWE: 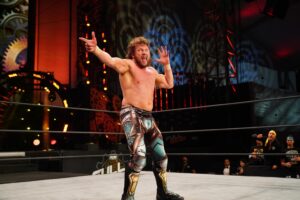 Kenny Omega commented on the recent buzz going on the WWE world. He is also happy to know that a lot of new content is coming up for fans. Here is what he has to say:

Kenny also believes that AEW is seeing a lot more success than before. The ratings in the 18-49 demographic is also tasting a lot of success. He thinks that the reason is obvious as they are combining veterans and new talent for all the upcoming games. Rising stars have a lot to learn while the veterans have a lot to teach them. He continues:

“We were able to introduce some fresh faces that people hadn’t seen on TV, and I think that we’re mixing them in with established faces like the guys Daniel Bryan, Adam Cole, CM Punk,” Omega explained. “And when you do that on worldwide television, it gets people excited and gives them something fresh. We just happen to be another promotion, so it’s competition across the board for everyone.

Read More: All The Latest Lineups Announced for AEW Rampage

AEW’s rise in ratings is a sign of success

If we talk about the demographics and ratings of AEW matches they have seen a sharp increase recently. However Kenny believes that rather than thinking about the ratings he will like to focus on other things that he can control. AEW is more like an alternative of things that are already available.

“I’ve always been the guy that when I’m there at that building, I’m just going to try my best, put out the best product possible, and just be different. “So I feel like rather more than competition, we’re just that other option out there for you if you want to see something different and new.”

Viewers and fans already have an idea Adam Cole and Bryan Danielson are from WWE. They both have been very popular Indie wrestlers before joining the company. Kenny has a good experience with these stars before they all reunited at AEW.