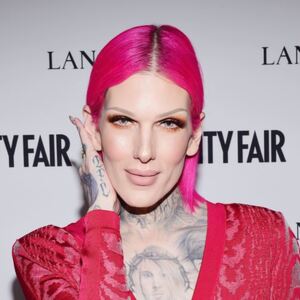 Jeffree Star is an American model, DJ, fashion designer, and makeup artist. He is one of the highest-paid YouTube stars, and also owns a cosmetic empire which is called Jeffree Star Cosmetics. His cosmetic company is the major source of his earnings. He is famous for his hair color which is hot pink, and he also has tattoos all over his body which makes him prominent.

Jeffree Star was born Jeffrey Lynn Steininger Jr. in Orange County, California on November 15, 1985. His father committed suicide and died when he was just six years old. He was raised by a single mother who used to model. Jeffree loved experimenting with his mom’s makeup when he was a child. He began to wear makeup when he was in junior high. After he graduated he moved to Hollywood and pursued a modeling career there. He also had a lot of interest in music from an early age.

Jeffree released his debut album which was titled “Beauty Killer”. He made a contract with Popsicle records in September 2009 and released his album under the label. The album peaked at the #2 position on the Top Heatseekers chart and also reached the 122 spots on Billboard 200. Jeffree has released only one studio album and released five music videos. He collaborated with Kesha and Nicki Minaj. 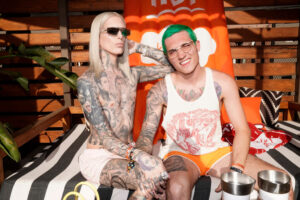 Jeffree is the owner of the eponymous cosmetics company which he founded in 2014. He invested the entire life savings that he had earned from music in his cosmetic company. He was nearly bankrupt since his music career was also dead when he was about to launch the company. He is one of the very few makeup personalities that launched YouTube for promoting his brand. Jeffree’s early YouTube posts were about his music but the videos he posted, later on, are more focused on promoting Jeffree Star Cosmetics. He was friends with many popular celebrities like Kat Von D, and it is all thanks to them that his YouTube channel got a lot of subscribers easily.

In an interview with the YouTuber Shane Dawson, Jeffree revealed that his makeup empire’s gross revenue nearly is estimated to be around $100 million. This hasn’t been confirmed as yet because the company is private. Based on Jeffree’s house and car collection it can be guaranteed that his cosmetic company is doing very well. Jeffree Star is a successful businessperson now and has invested in several industries including marijuana, real estate, and merchandising. He also owns the shipping and fulfillment center which is used for the manufacturing of cosmetic products for Jeffree Star Cosmetics.

Jeffrey Star is an American cosmetic company owner and entrepreneur. He is also a YouTube star and has an estimated net worth of $200 million. He is one of the highest-paid YouTube stars and earns around $15-20 million per year. The major share of his net worth comes from Jeffree Star Cosmetics.  His major part of his income is also collected from his real estate properties and startup businesses.