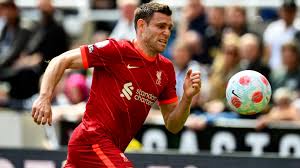 Milner’s previous deal had expired at the end of this month.  The 36-year-old had external offers from one Premier League club. The midfielder has accepted reduced personal terms and has signed a new contract.

James Milner has signed a new contract that will last for one year. The contract will expire in the summer of 2023. The 36-year-old’s previous deal was going to expire at the end of this month. The midfielder had offers from one Premier League club and two other offers from overseas.

Milner has accepted a reduced wage packet and signed a new contract. He signed a contract with the Anfield for eight seasons.

“I’m very pleased to be staying for another season,” Milner told the Liverpool official website. “I have never taken playing for this club for granted and I never will.

“An overriding feeling for me – and a vitally important one in the process – was the belief I can still contribute to the team. The gaffer was clear about what he thought and that was a big factor in me extending my contract.

“Now this is signed, I’m already looking forward to getting back with everyone, refocusing, and going again. It’s a brilliant dressing room to be part of.” 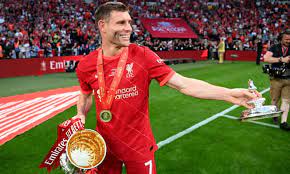 Milner’s new deal was driven by Liverpool manager Jurgen Klopp. He was not prepared to lose a player. Milner has made 39 appearances for the team in the last season. Milner was offered a new contract before the end of the campaign. He decided to until the end of the season before signing a new contract.

Milner is likely to surpass 300 appearances for Liverpool in the next season. Earlier this year, Liverpool boss Klopp has described Milner as the “role model” for the other players at the club. German manager shared:

“He’s a role model,” the German manager said in April of this year. “I have told him, I can tell the whole world – nothing we have achieved in the last few years would have happened without James Milner, it’s as easy as that.

“Whether he was on the pitch or not, he’s set standards in a way not a lot of people can set standards, and it educated all of us.”

Liverpool Will Strengthen Their Forward Line 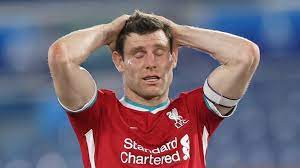 Liverpool is looking to strengthen their forward line this season. They even spoke to Kylian Mbappe and intend to add further quality up top.  Mohamed Salah and Roberto Firmino will be entering the final year of their contracts. The potential departure of Sadio Mane has got one year left on his deal. Divock Origi has decided to go. If Mane is to leave, then Liverpool will do business for a fee above €30m.

Fabio Carvalho will officially start his Liverpool career on July 1. Oxlade Chamberlain has just one year left on his contract. These players all together will be Strengthening the back-line. Liverpool’s priority will be to gather more strong players for Liverpool. Ibrahima Konate will be offering another option to Joel Matip and Virgil van Dijk. Joe Gomez will be able to cover right-back and center-back.