It’s Always Sunny In Philadelphia: Release Date, Plot, Cast, Trailer And Everything We Know So Far 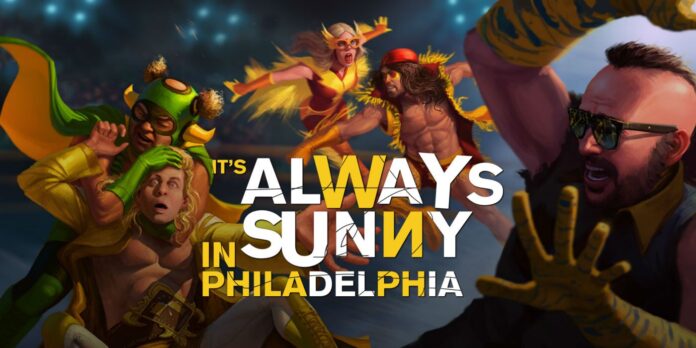 Has It’s Always Sunny In Philadelphia renewed for a season 15? 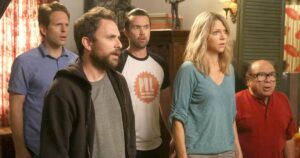 It’s Always Sunny In Philadelphia has been renewed for a fifteenth season. The season is set to air in 2021.

The creator of the series Rob McElhenney revealed in an interview:

“It takes us about five months to make a season of Sunny. We have that period of our lives carved. We’re going to keep doing it forever if people keep watching,” he said.

We have some good news for the fans of the show. It’s Always Sunny In Philadelphia has been renewed for four more seasons. The makers will be releasing more content till season 18. The show is going to be around for a while so the fans can rejoice.

Read more: Rey Fenix and Chris Jericho Out Of AEWs Double Or Nothing Due To Injury

What to expect from the Plot of It’s Always Sunny In Philadelphia season 15?

The lead five stars of the show were back in season 14. Glenn Howerton, Rob McElhenney, Charlie Day, Kaitlin Olson, and Danny DeVito and all the recurring characters will be back in the coming seasons. There’s no official word yet on the plot details of season 15. According to rumors, the show is going to get political. McElhenney shared on his Twitter that the new season will be “all about this bullshit,” 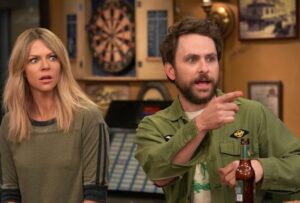 All the gang from the previous seasons will be joining the cast of It’s Always Sunny In Philadelphia. Season 15 will feature the lead cast mentioned below:

There is no trailer for season15. The filming and production of the show haven’t concluded yet. While you wait for the trailer, the fans of the show can stream all seasons of It’s Always Sunny in Philadelphia as they all are currently available on Hulu.

There is no official release date for It’s Always Sunny in Philadelphia season 15. The past two seasons of the show aired in September, and we can expect season 15 to return in September 2021. The predicted date could change because due to COVID-19 productions have been postponed.