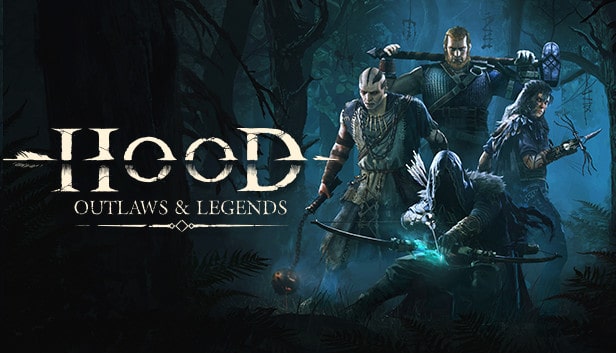 Hood: Outlaws and Legends are one of the most anticipated games among players. It is a co-op multiplayer heist game that is very competitive. The plot revolves around two teams of four merry men and women. They have to unlock a vault and extract a giant chest of gold. The entire race is competitive while the players have to control knights through their computer. The rival players will have their ways to win the game. The game will showcase the clumsy combat of Hood and it is dynamic stealth. Stealth-kill mechanics are easy to exploit but there may be some flaws in the myriad designs. Let’s discuss more details about the gameplay.

Contents show
1 Gameplay
2 Review
3 What is the release date of Hood: Outlands and Legends? 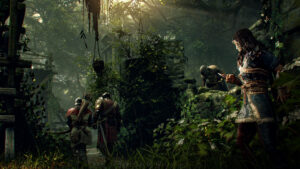 The execution of the game may not deliver what is expected of the players. Each of the matches in the hoods has four phases. The player has to be efficient enough to steal the vault key. However, they have to be careful as the invincible and unaware Sheriff has it all. You have to find the vault key on your own. While another player can carry the chest to the extraction points located on the map. When the chest is locked one or two players have to use a winch to lift the chest. The game is better if you play it in the group so the other players can defend the moves of opponents. The opposite team will try to disrupt the mission. They have to keep the key of this chest for them. Both teams will be meeting at some key locations and there are plenty of chances to overtake each other.

Read More: All You Need To Know About The Best PS4 Racing Games 2021 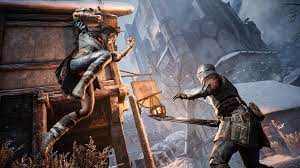 There are four major characters in the game and they have an important role to play. Marianne is the stealthiest fighter who can move fast and has the ability to steal the key. Robin has a special bow that helps him attack the enemies. Little John is also an interesting character who can lift gates and move chest with ease. Tooke is a unique fighter who is blessed with a wide-reaching melee attack. At the same time, he can heal quicker than expected. All these characters have various skills that make it easy for them to handle many tasks. Players get to choose the characters according to the demands of their playing style.

Hood will be generally known as a game that is about heists but it gets more complicated and aggressive. When you add new players to the game things will go chaotic. It will suddenly turn into a series of team battles who want to get control of the key, the chest, or the winch. When players are in full swing even the opponent sheriff will start to lose control. Every character has the capacity for hand-to-hand fights but most weapons are used. It is difficult to aim at the attacks in the game.

What is the release date of Hood: Outlands and Legends?

If you are fond of playing the game Hood: Outlands and Legends will be a good choice. It has released on May 7th, 2021 so you can play it with your friends. Focus home interactive has done well to present a good game to gaming lovers. It is a shooter game that will keep you entertained.