Four Weddings And A Funeral: Plot, Cast and Review 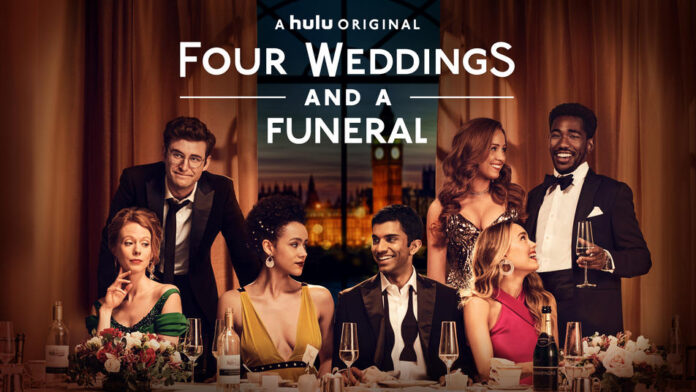 Four Weddings and a Funeral is an American miniseries. The drama series is based loosely on the plot of the 1994 film with the same name. The plot is not similar to the film and has a different storyline but miniseries have a cameo from the actor Andie MacDowell who was also a part of the original film. Four Weddings and a Funeral was a success and in this post, we will be sharing all the details about the brilliant miniseries.

Who are the creators of Four Weddings and A Funeral?

Four Weddings and a Funeral has been created by Mindy Kaling and Matt Warburton. Warburton has written many successful projects before and the fans were expecting a lot from the series. The miniseries lack certain elements of charm and interest and not much audience have posted positive reviews about it on the internet. The charm is missing in the series and this is frustrating because the writers of the miniseries have delivered some of the best projects in the entertainment industry. The idea of the miniseries has been taken from the original film but the plot is just inspired and the main theme is different.

Who is in the cast of Four Weddings And A Funeral? 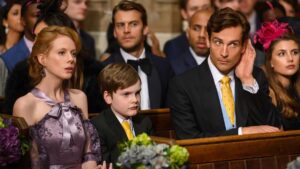 Cast of Four Weddings and a Funeral is as follows:

Four Weddings and A Funeral Review 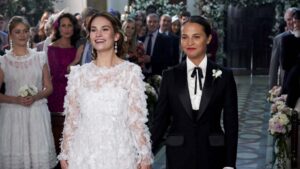 The series has unrealistic plots and the character development is not up to the mark. Things happen too suddenly and the plot built up is not that impressive. The audience is left with a lot to be desired and there are many loopholes that are left unsolved and unanswered. The dialogues are also badly written and the performances of the actors are also not that great.

There are plot twists that happen so suddenly without any proper reason or development which can confuse the audience. The miniseries had time to clear out the plots and storylines because of the time span they have been given but the writers failed to deliver an impressive concept. You will find a lot of cliché scenes in the movie. The romantic confessions are made in the rain and there is not much background research done on the profession of Maya the lead character.

What is the plot of Four Weddings and A Funeral?

Maya is a young and charming American woman. She is working for a politician and is also in love with her. Things go bad in her personal and professional life and she travels to London for attending her friend’s wedding. She attends her best friend’s wedding and when it gets over she plans to stay there for good. She discovers more friends in London but things get problematic once she gets involved in the life of her friends in London.

What is the release date of Four Weddings and A Funeral?