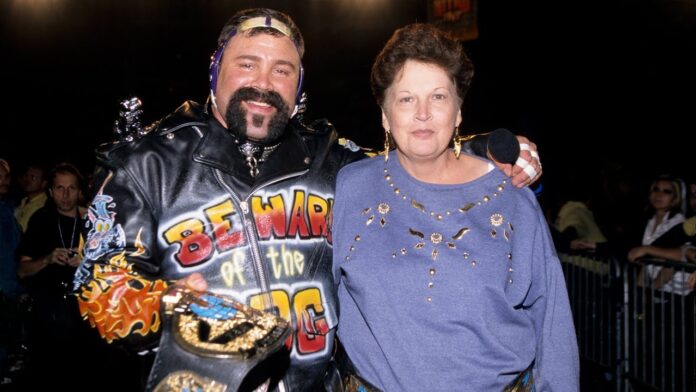 All the wrestling fans are disappointed with the news that Judy Bagwell has passed away. She is former WCW personality who passed away at the age of 78. Soon after, the media is buzzing with condolences and tributes for the wrestling star. Her son, former WCW/WWE star Marcus “Buff” Bagwell posted on Twitter to share this news. Since sometime now she was battling with dementia and passed away on November 5th 2021. If you want to know more details about her death here are some of them below: 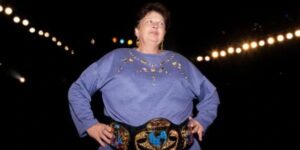 WCW/WWE star Judy Bagwell has passed away. His son took twitter and announced about her death. Here is what his post says:

“It is with a heavy heart we must announce that this past Friday the matriarch of the Bagwell family has passed away. Judy Bagwell was blessed with three amazing children, a loving husband and so many great memories over the years. Thank you to everyone that has asked about her over the years, and have kept her in your prayers during her battle with dementia. Judy Bagwell was 78. RIP Judy 1943-2021’’ Marcus write.

Read More: Doudrop Talks About The Release Of Eva Marie from WWE 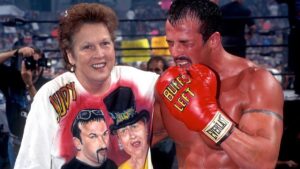 Judy started her wrestling career with WCW storyline in 200. At the time Buff has a feud with Chris Kanyon. Buff defeated Kanyon in an important match that is remembered by people till now. However Judy was suspended outside the ring and had to stay in a forklift. Judy has been successful to hold WCW World Tag Team Titles with Rick Steiner. If this isn’t enough she has also won the 1998 WCW Halloween Havoc pay-per-view. At that time Rick and Buff defeated Scott Steiner and The Giant. They did this to win the strap and later Buff was allowed to have a new partner.

He chose Kenny Kaos of High Voltage and payed his next important match on WCW Nitro. However he had to choose a new partner as Kenny was injured. Rick and Judy defended against Buff and Scott at WCW World War 3 1998. They could not defend their titles as this match didn’t take place at all. Rick also suffered from an injury and Judy went on to face Kanyon in a non-contest match.

The 2000 WCW Thunder episode has been intense and entertaining at the same time. Later in the year she teamed up with her son and achieved a great win. The mother son due defeated Kanyon and Pamela Paulshock with a lot of fashion. This even took place on August 7th, 2000 edition of WCE Nitro.