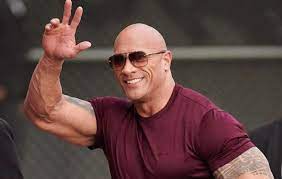 Dwayne Johnson is an American wrestler, actor, producer, and businessman. He is famous for his ring name The Rock. Johnson has earned a lot of success in his professional wrestling career. As an actor, he has performed in many hit movies. Let’s find out more about the famous American and world renewed star.

Dwayne Douglas Johnson was born on May 2, 1972). He is an American actor, producer, and former professional wrestler. He joined the Worldwide Wrestling Entertainment (WWE) and came to the limelight. Dwayne rose to fame and became one of the top wrestlers in the sport.  He is a prolific actor and has been a part of several movies that have grossed over $10.5 billion (USD) worldwide.

Dwayne Johnson is of Samoan, Irish, and Black Nova Scotian ancestry. He was born on the 2nd of May 1972 in Hayward. Johnson has a brother named Curtis Bowles and a sister Wanda Bowles. He was raised in California. His father Rocky Johnson (father), is also a former professional wrestler.

Dwayne Johnson spent his early childhood days with his mother’s family in Auckland. During his elementary school days, he was a part of the school’s rugby team. As a high school student, he played football, track and field, and wrestling teams. 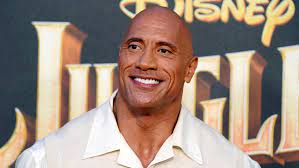 Dwayne Johnson decided to try his luck in wrestling after he couldn’t get successful in the NFL. His maternal grandfather was a professional wrestler and this is how he bagged his contract with World Wrestling Foundation. He commenced his wrestling career in 1996. Within a few years, Dwayne became one of the leading wrestlers in WWF.  As a wrestler, Dwayne Johnson achieved a lot of success.

Johnson made his acting debut in the 2002 movie, The Scorpion King. He played the lead role in the film. This movie brought him a lot of success and prominence in Hollywood, and he began to secure more acting roles. He has starred in commercial movies:  Tooth Fairy, The Game Plan, Central Intelligence, Fast and Furious, Hercules, Journey 2: Mysterious Island, Skyscraper, Rampage, and San Andreas. 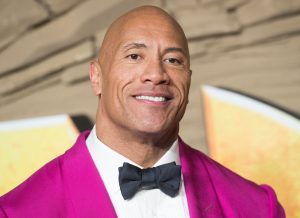 Dwayne Johnson married his first wife, Dany Garcia, in 1997. The couple welcomed their daughter, Simone Alexandra Johnson on the 14th of August 2001. Dwayne Johnson and Dany Garcia separated in June 2007 and divorced in May 2008.

Dwayne Johnson is one of the highest-paid entertainers globally. He has an estimated net worth of US$350 million.