Doom Patrol is one of the most unique and popular DC comics series. It has gained huge popularity among the audiences. There is a perfect blend of superhero adventures while the character dives are deep. The first season of Doom Patrol premiered last year on DC universe. HBO Max picked up the series for airing season two. Due to high demand and popularity, it is coming back with a season three. Here’s everything we know about Season 3 of Doom Patrol. Let’s get to know about the release date, cast, plot, and other updates.

What are the new updates on Doom Patrol season 3? 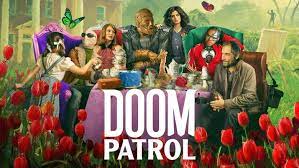 Doom Patrol Season 3 will be coming exclusively on HBO Max. During the press release, Sarah Aubrey who is the head of original content at HBO Max revealed a lot. This is what she has to say:

“Doom Patrol came to HBO Max with an already deep and passionate fan base and has risen to the top as one of the most-watched Max Originals on the platform. The series sits well in our portfolio and we are glad to greenlight a third season to continue this distinctive style of storytelling that resonates so well with critics and fans alike.”

Who is in the cast of Doom Patrol Season 3? 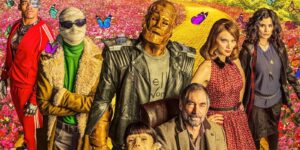 All the actors in the main cast will be returning to season three. It is obvious as they have impressed one and all with their performances. Diane Guerrero will be returning as Jane, April Bowlby as Rita Farr, Brendan Fraser as Cliff Steele while Matt Bomer as Larry Trainor. If we talk about Joivan Wade he will play Cyborg/Vic Stone. Your most favorite Timothy Dalton will be coming back as Niles Caulder. Since season two ended earlier than expected the story will continue from where it ended.

What is the plot of Doom Patrol season 3?

Doom Patrol has become even more interesting in Season 2 and the story is getting intense. The introduction of the character of Candlemaker has made the story interesting. He is a dangerous wish-granting imaginary friend. The story will continue from where it ended in season two and a lot of questions will be answered. As Niles Caulder was nearly dying in the end it did make all the audience sad.

It is interesting that his daughter Dorothy has started taking on Candlemaker alone. She wants to save her friends and father. The most feared part is that characters are now turned into wax. Even the fate of Jane is also not clear. There is a cataclysmic event coming up soon and it has to be seen what happens. The season 2 finale has left a lot of unexplained stories that can be explored in season three.

What is the release date of Doom patrol season 3?

The release date of Doom Patrol season three has not been announced yet. It is possible that the new season will be arriving at the mid or end of 2021. Till now there is no trailer that has come out so we can just wait and watch.