Does “The Mask” come back with Jim Carrey?

Little more than two decades before the irruption in the rooms of Marvel Studios, the 1994 film “The Mask“, was the one who stayed on the podium as one of the adaptations inspired by the highest-grossing comics raising an impressive 351 million dollars in Your way through the rooms. And, although his continuations did not follow the same trend, according to a new report, Warner is likely to try again.

As reported by the We Got This Covered portal, the studio would be interested in resuscitating the Dark Horse Comics hero for a new exit to the big screen. The sources would be quite reliable considering that they are the same that advanced the return of Bill Murray to “Ghostbusters 2020” and the new film “Scream“, news already confirmed by official means.

According to the report, Warner’s first option is to have Jim Carrey play Stanley Ipkiss again, the unfortunate bank employee who turns into a cartoon when he puts on an enchanted Nordic mask. It is currently unclear if the negotiations have already begun, but according to sources, the studio would definitely be excited about this idea of ​​bringing the actor back in the role.

Some time ago there has been talked about a new movie of “The Mask” by co-creator Mike Richardson, in a reboot that would bring a tone to the darkest style of the comics, with the intention of including a female comedian in the lead role. Both ideas could coexist or continue their course, but apparently, Warner has a certain predilection for Carrey’s return.

Although these are still very early stages, we must see if the idea is really profitable today. As we noted in a previous note, the last installment of the Terminator franchise is leading to a millionaire loss for the study, while Stephen King’s adaptation “Doctor Dream” is on a similar path. However, the success of “Joker” could encourage continuing to direct films inspired by comics. 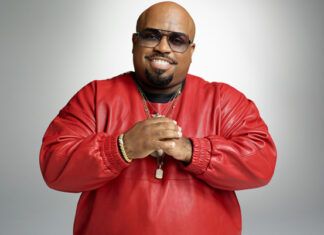