Earlier this week, the viewers of CSI: Vegas were given a surprise about the cast of the series. The team gave a heads-up about the Marg Helgenberger (All Rise) aka Catherine Willows being a part of the series. The filming of the CBS series’ second season is underway and will be released soon. Some other cast members will also be retained in the show in the second season. Let’s find out all about CSI: Vegas Season 2. 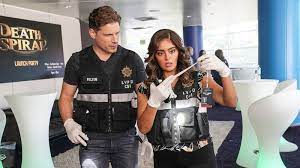 Medlin’s Beau has spent the last two decades as the Dow Chemical’s top research scientist. He has faced a lot of stress and trouble due to the pandemic. Beau decided that it was time to do more meaningful work. He doesn’t want to get involved in the development of new adhesives. He got a massive pay cut due to his activities. The man follows his heart and does everything that pleases him. He graduated at the top of his class at the CSI Academy.

He is now the most overqualified CSI Level 1 in his department. Beau is a beloved husband and has four children. He’s a gregarious font of True Crime trivia and is also the owner of the collection of New Balance sneakers. deeply out of practice answering to bosses.

Beau was a rookie once and was the curious sort who enjoys learning a lot. Guerra’s Serena will be hard-boiled, tiny, and is a tough-skinned cynic. There is no room inside Serena for a filter. She is a daughter of cops and a sister to doctors. Serena is content and wants to let science lead the way without any saucy commentary and tough questions. 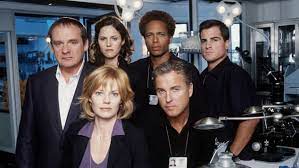 The incredibly talented ‘CSI: Vegas creative team and cast have done a superb job this first season. The entire team worked hard in portraying the CSI universe. They presented fresh stories and a new crime lab that proves their ability after 20 years. The ‘CSI’ fan base is still hungry and is ready to embrace a new chapter in the illustrious franchise.

The news of the renewal of the second season was announced in 2022. It will be produced by CBS Studios in association with Jerry Bruckheimer Television, The Executive producers for CSI: Vegas include: Jason Tracey, Jerry Bruckheimer, Jonathan Littman, KristieAnne Reed, Anthony Zuiker, Carol Mendelsohn, Ann Donahue, Craig O’Neill, William Petersen, Uta Briesewitz, and Cindy Chvatal.