Innocent Salahuddin, who was mentally disabled, pulled the card out of the ATM machine. Police lockup due to police violence.I died You can see his son’s body kissing his son’s body in the hospital’s basement in his father’s helplessness. Another video of Salahuddin has appeared at the police station, in which police officers are asking Salahuddin. How he communicates gestures. Where did he learn all this? So Saladin innocently told the policemen: Yes, if I find the order of life, I will say one thing.
So Salahuddin said, where did you learn to kill people? 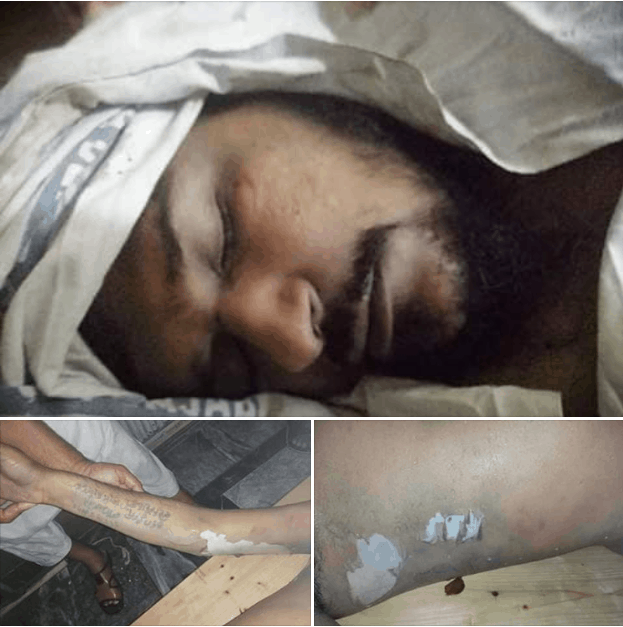 Salahuddin’s funeral was buried this morning, before his brother took some pictures. Salahuddin’s legs were hit on delicate parts of the body, the veil of the deceased did not want to be uploaded to Facebook. All you need to do is message on the WhatsApp. Salahuddin has a knife wound on the back of his hand, the back of his hand is torn. Straight arm is burned The skin is shredded as if burned with an iron. There are also markings on his ribs. There is hardly any part of the body where there is no mark. That’s why Salahuddin was asking policemen where you learned to kill.
The post mortem report is awaited; hopefully the police will save their paternal brothers by making a light report. During interrogation, stomach or leg breaks are normal. Salahuddin’s case will also go to court for two to three years, the police will be sentenced to two to four years and will be restored to the job or the government will pay Rs 5 lakh to the relatives. The public will also be satisfied that let’s get the money, go to the requirements of justice, justice.
I try not to copy-paste or share. By deciding the picture, do you decide for yourself whether you should raise your voice against this atrocity? Should the Police Department Correct ?? Shouldn’t the Department of Police have to remove such beasts ?.