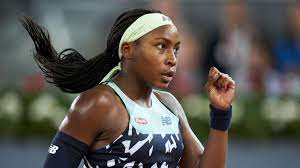 The 18-year-old star player Coco Gauff wrote ‘Peace. End gun violence on the camera after reaching the French Open. She shared that this was just a message for the people back at home. She stated that hopefully, it gets into the heads of people and hopefully changes things.

Coco Gauff Calls For An End To Gun Violence 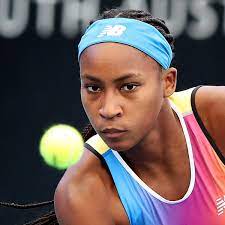 The 18-year-old played against Italy’s Martina Trevisan. Both the players became a part of the semi-final at Roland Garros on Friday. She comfortably won 6-3 6-1 and reached the first Grand Slam singles final of her career. Gauff spoke on the court after her win.

“Yes it’s a Grand Slam final but there are so many things going on right now – especially in the US right now a lot of things are going on – I think it’s not important to stress over a tennis match.”

On Court Philippe-Chatrier, the winner of the match is invited to write a message to the camera. Before leaving the court Gauff chose to write, ‘Peace. End gun violence. Coco.’

Gauff Expressed Her Worries Over The Gun Violence Incident 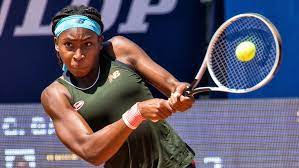 A shooting at a Tulsa medical center and the school tragedy in Uvalde, Texas caused a lot of concerns for the American public. Gauff, revealed that she had friends who escaped from a school shooting in Florida four years ago, She added:

“I think for me it was just especially important just being in Europe, and being where I know people globally around the world are for sure watching.

“I think that this is a problem, you know, in other parts of the world, but especially in America, it’s a problem that’s, frankly, been happening over some years but obviously now it’s getting more attention. But for me, it’s been an issue for years.

“For me, it’s kind of close to home. I think that was just a message for the people back at home to watch and for people who are all around the world to watch.

“Hopefully it gets into the heads of people in the office to hopefully change things.”

Gauff has always been passionate about using her platform and tried to invoke change.

“Black lives have always mattered. They mattered then, they matter now and they will matter in the future.”