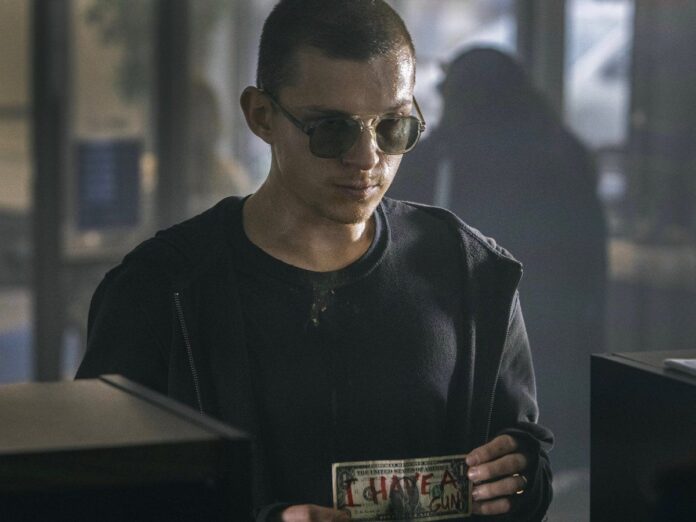 Tom Holland, has many upcoming movies and each of his movies is getting hyped. One of the most highly-anticipated Marvel Cinematic Universe’s Spider-Man 3, is creating a lot of buzz on the internet. Sony’s upcoming movie has been adapted by the popular Naughty Dog’s Uncharted video-game titled by the same name. Tom Holland will be playing his most mature character of all time. The movie is called Cherry and we recently got the teaser of the film.

Cherry is Tom Holland’s upcoming crime drama. The movie is directed by Anthony and Joe Russo and will be reuniting with Holland after their successful Marvel ventures. Cherry will feature Tom Holland as an addictive army medic. He starts to rob banks and fulfill his addiction needs. The Russo brothers have dropped a trailer that gave us a glimpse into the movie. 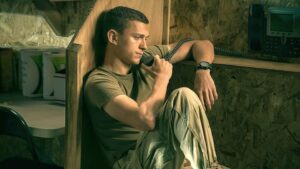 The Russo Brothers revealed a minute-long clip and gave us a sneak peek into the upcoming crime drama. In the teaser of Cherry, we witness the story of an army recruiter. The kids of his age want to do something good for the country. The trailer also shows us Tom crying over his girlfriend who has already broken up with him.

What To Expect Next For Cherry?

Cherry will be releasing on the 26th of February 2021 on Apple TV Plus. We will also get a new trailer in the coming weeks. According to Joe Russo, the movie will focus on the main character which is played by Holland. The movie will span over 15 years and will have 16 chapters. Cherry’s story will depict the life of the titular character. Joe Russo’s story is based on magical realism.

Cherry is based on the novel of Nico Walker that has the same name. Cherry will feature the story of Tom Holland who plays the character of Cherry. The film is based on the author of the book who is an army medic. He becomes addicted and starts to do bank robberies to earn money to pay for his addiction. The film will focus on his life and will show different shades of his life. He will be seen as a regular college student. The poster has been released by the studios and shoe Cherry in five different forms. He is seen as a student, lover, junkie, soldier, and thief.

Read more: “Penguin Bloom” First Trailer Out: Everything We Know So Far

Cherry has a splendid cast and includes some of the best actors from the entertainment industry. The cast of Cherry includes: