Cells At Work: Release Date, Plot and All Other Details 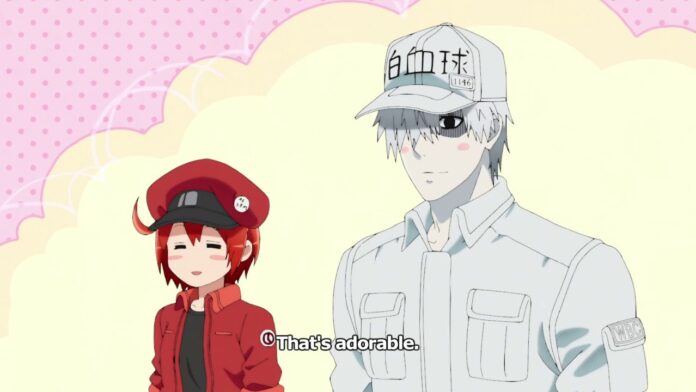 Cells At Work is a famous anime series that gained a lot of fame and love from people all around the world. The Japanese anime series was appreciated by the fans as well as the critics. Cells At Work Season 1 was a major success and the fans were curious whether they will be getting the Cells at Work Season 2 or not. This theatrical anime of Cells At Work is not considered a part of Season 2 but it will have an interesting plot and will have many hints and indications about the upcoming season. This post is about Cells At work theatrical anime release date, plot, and all others must-know details for the fans of the anime.

Who will be directing the Cells At Work theatrical anime?

Kenichi Suzuki who directed the first season of Cells At Work Season 1 wouldn’t be a part of the anime series anymore. He has quit working with the production team for some professional and personal reasons and this will surely be a huge loss to the fans. The anime series was directed really well by the popular director and the upcoming content that will release in the future might be lacking in some manner due to his absence.

This might not be the case also and the anime might be able to maintain its legacy because the ace director Hirofumi Ogura will be taking care of the director’s position. He is known for his work in Gintama anime, Inuyasha, and Jojo Bizzare adventures Stardust Crusaders.

What is the Japanese name of Cells At Work?

The Japanese name of the film will be Hataraku Saibō!!” Saikyō no Teki, Futatabi. Karada no Naka wa “Chō” Ōsawagi!. The extended English version of the anime series is called Cells at Work!” The Return of the Strongest Enemy. A Huge Uproar Inside the Body’s “Bowels!. The Japanese anime series have become popular around the globe and that is the reason they are subbed into English. Their names are also officially translated into English so that the international viewers can enjoy the series as well.

What is Cells at Work all about? 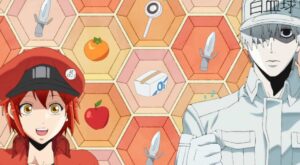 The film Cells at Work is said to be about the inside of our bodies. The makers of the series have revealed that the film will focus on the strongest enemy this time and will astonish the audience with an interesting plot. The anime series is about our body and how millions of cells inside our bodywork continuously to make various parts of the bodywork efficiently. The concept of the anime series has been appreciated by a lot of medical professors because the makers have portrayed everything after precisely searching about it.

What is the release date of Cells at Work?

Cells at Work Theatrical release date will be on 5 September 2020. The plot will be taken from the second season and the short film will be throwing light on the possible storyline of the anime series second season. The official Twitter handle of the production team has made this tweet regarding the release date.

Cells at Work!!” The Return of the Strongest Enemy. A Huge Uproar Inside the Body’s “Bowels!” – New PV!! The theatrical anime is scheduled to premiere in Japan on September 5.