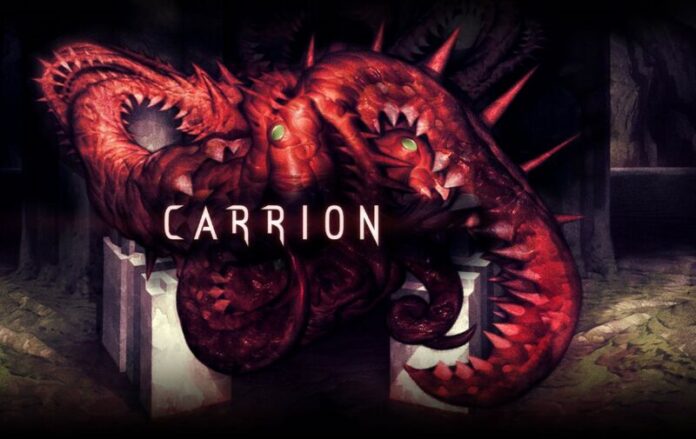 Carrion is an intriguing game that has a strong premise. The blood-soaked science fiction game is scaring in the first few parts but isn’t able to sustain the horror and tension for its entire run. The game has a lot of puzzles and it might get difficult for the players to sort out the game and move ahead. If you are a pro and have been playing video games for a long time then you must try Carrion. We will be providing you with an in-depth review and analysis of the game and then you can decide on your own if it is worth your time or not.

What are the good things about Carrion?

If you like horror genre games and likes to play monster then Carrion would entertain you through its entire run. The science horror atmosphere is scary and can keep you on your feet all through the game. If you don’t like to slack off while playing games then Carrion is a must-try for you. The visuals and graphics of the game are extraordinary.

You will surely feel haunted and scared once you have entered the game. The moment you start playing it you might get dragged into the virtual reality forgetting about the real world. The orchestral soundtrack of Carrion is something you should look out for. It makes the game even more interesting and horrifying at the same time.

Read more: What to Watch This Week On Netflix, Foxtel and More

What is bad about Carrion?

When you start playing the game a good amount of horror and suspense is built up. As some levels pass by the horror tends to dissipate and the tension level drops. If you don’t follow the map you will lose your way into the game. The levels blur into one another and it can be hard to identify on which level you are playing the game. There are complicated puzzles in the game that are hard to sort out

What is the plot of Carrion? 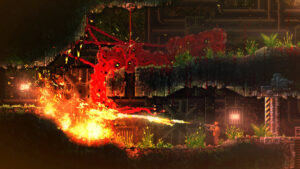 Carrion is a reverse horror game that just got out on July 23, 2020. It is a game that is of the science fiction genre and gives players the opportunity to play a monster. When you are playing the game you are the boss and everything goes your way. The game doesn’t give a positive message and can be a bit horrifying and offensive.

The monster is grabbing people and other creatures and slamming them on the walls to kill them. The game gives brutal vibes and might not be a recommended game for young players. The kids should avoid playing the game because it might leave a bad impact on their minds. If you are an adult and you know the difference between reality and the virtual world then this game might be suitable for you.