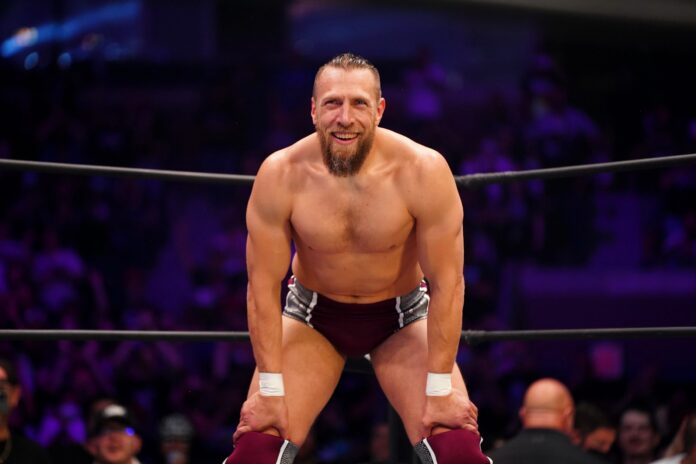 During a recent interview AEW’s star Bryan Danielson has revealed a lot of stories about himself. He talked about his debilitating injuries that forced him to take a break from WWE. Wrestling fans have been missing him and he also plans to comeback to action very soon. At a certain point he even announced his retirement. It doesn’t seem he will be taking a part inside the ring anytime soon. However many fans aren’t aware about the real reason behind his retirement. It is way more complex that whatever Bryan revealed himself. Here is what he reveals in his interview:

Why did Bryan Danielson retire from WWE

Bryan reveals the reason why he has retired from WWE. Here is what he has to say about his retirement:

“I legitimately thought I was healthy and still think that I’m health. “One of the reasons I was forced to retire was not because of the concussions, but because I lied about that. You have to understand, from WWE’s point of view, I had been wrestling for them for six years but then all of a sudden, they opened this Pandora’s Box about ‘lying about his medical history and now we can’t trust him.’ A lot of that was building the trust back, but they were also legitimately looking after my health.

I was going to see doctor after doctor and doing everything that I could to improve brain function to show, above and beyond, that my brain was healthy. “It’s also my love of wrestling. It felt like I wasn’t really to be done yet, I still needed to come back. I also think there’s a lot left on concussion research to be done, and when you’re seeing the top doctors in the country and they’re all clearing you to do what you love to do, I think you should be able to do that.”

Bryan talks about his performances inside the ring

Bryan is now 40 years old and he has also talked about the process before and after the matches. He continues to keep his body in a great shape. He also reveals that it takes a lot of hard work and sometimes his health gets deteriorated due to it. The tough schedules inside the ring has made him really busy throughout his life.  Apart from that he has to make a lot of stretches to keep his bodies away from injuries. Here is what he has to say:

“I think your body adapts to so many things,” Danielson stated. “We were actually just talking about this in the locker room, someone said every fall hurts now. I was like, really? I think it really depends on the crowd. When you wrestle in front of a rabid crowd, nothing hurts. I do extensive warm-ups before I go out, and then every night when I get back to my hotel room after a show, I’m foam-rolling, I’m stretching, and making sure my body is in a healthy position to recover’’.