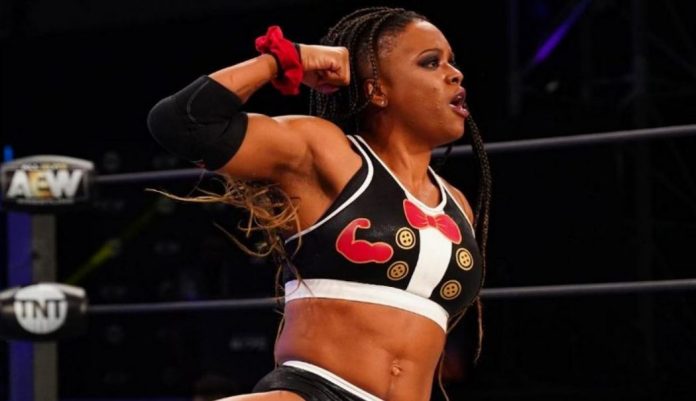 Big Swole is a popular wrestling star and she recently announced her departure from AEW. In her recent interview she criticized AEW for having lack of diversity and structure. This is the reason why she decided to depart from the company in November. Big Swole discussed about her conversation with Tony Khan. She didn’t want to resign with the company as her peace of mind was disrupted. Apart from that she also talked about the odds going on with AEW Executive Vice President Kenny Omega. Here is her full interview and you can read it below: 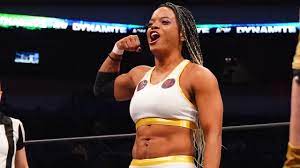 Kenny is working behind the scenes with the AEW Women’s division. Her most memorable moment was when Kenny thanked him for what she did at the Diamante feud. It made the other women in the company very comfortable too. Here is what she says about her experience with Kenny:

“When Kenny said that, it was the circle coming to an end because Kenny and I would bump heads sometimes throughout my time in AEW. To end it on that note felt good. It felt wonderful to end it at a place where, we didn’t see eye-to-eye, but we were there.”

Big Swole talks about her departure from AEW 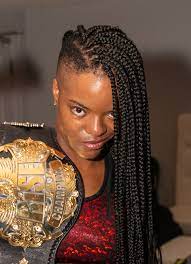 Big Swole continued to talk about her departure from AEW. She also believes that it is hard for women to get some ring time at AEW. Here is what she says:

‘’My heart just stopped being in it as the reason why I left AEW. “I felt like there were a lot of things, and I told them in my exit interview, there are a lot of things that need to change. I know fans of the company don’t take criticism well sometimes, certain ones. Know this, this is somebody from the inside, the structure is a little off. It’s fine to be loose, but I like to have a little bit more structure.

I felt like the women shouldn’t have gone through everything they went through just to get on TV or get time. You’re signed to this big company, you should get time. All these men are getting time, but the women weren’t getting anything or you’re not putting people on TV because more people are coming in. Okay, there are more people coming in, but you don’t have enough product for all of these people.’’

Read More: Toni Storm Quits WWE Due To Burn Out

Big Swole talks about lack of diversity for blacks in AEW

Swole is open to talk about the lack of diversity blacks have to face in AEW.

“Outside of [lack of structure] their BIGGEST issue, which is diversity. I do not beat around the bush when it comes to diversity and my people. “There is no representation, truly, and when there is, it does not come across in the black community as genuine. At all. I don’t know why everybody is so afraid to accept it or say it, but it’s not a good look.

“What happens is, you have this wonderful company that treats people like family, but there is nobody that looks like me that is represented at the top and in the room with them. They are not helping to necessarily influence decisions, but to explain why certain slang and certain word shouldn’t be said. There is no one else who can explain our culture and experience except for us.”