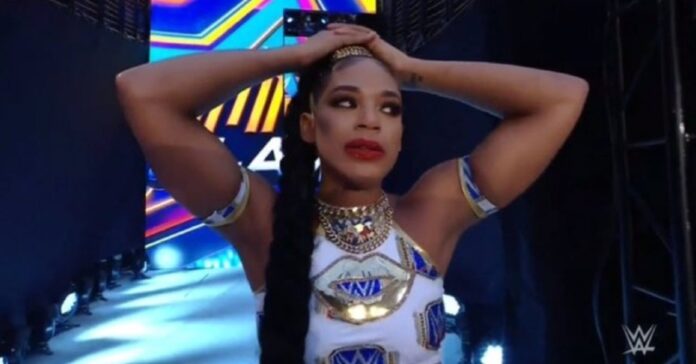 WWE had planned a match between Bianca Belair and Sasha Banks at the SummerSlam but seems things have changed. Sasha will no more be a part of the game and Bianca will face Becky Lynch. Even though Sasha is not a part of the game many people are hoping she will be back soon. Becky Lynch will fill in the shoes of Sasha that also marks her return to WWE after sometime. She has impressed one and all by winning the SmackDown Women’s Championship in innovative fashion. Here are details about this story so if you are interested read on below: 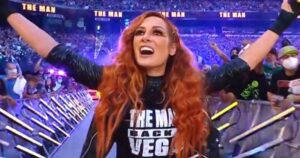 All the wrestling fans are wondering how Becky Lynch has defeated Bianca with all her hard work. After facing a defeat Bianca doesn’t seem to be happy at all. In a recent interview she shares her thoughts with everyone. Here are some bits from her interview.

“I’m happy to be part of that moment, but I lost my title and right now, I’m just emotional and trying to wrap my mind around it. I have to be honest, I feel defeated right now and okay with being vulnerable, and being honest about that. I’m ready to get my title back.”

Belair then spoke about how she felt when she heard Lynch’s music play, knowing that the returning Superstar was coming for her title. Belair also noted she wants and deserves a rematch against the new champ.

“It was bittersweet. “Becky Lynch, what she’s accomplished inside and outside the ring. She’s ‘The Man’ and a legend in the making. It was bittersweet to know she was coming out, to hear that pop from the crowd and hear the vibration from the WWE Universe.

How does Bianca feel to lose the Women’s champion title? 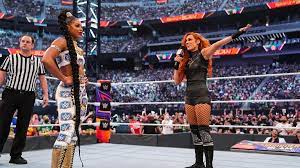 Bianca has lost her women champion title to Becky and she doesn’t seem to be happy about it. However there is always a next time and fans also believe the same. She also feels that Becky is talented and due to her impressive performance she has won this title. Everyone will now hope that Bianca can come back with a bang. The return of Sasha is also anticipated by many wrestling fans. Here is what Bianca has to say about her defeat:

“It’s nothing like you’ve ever felt before, so to be in the ring and feel all of that was amazing, but at the same time, I was the SmackDown Women’s Champion and I knew she was coming for my title. It was bittersweet and I can’t help but to be a little sad about the situation and just ready to get back in there and get my rematch because I deserve a rematch.”