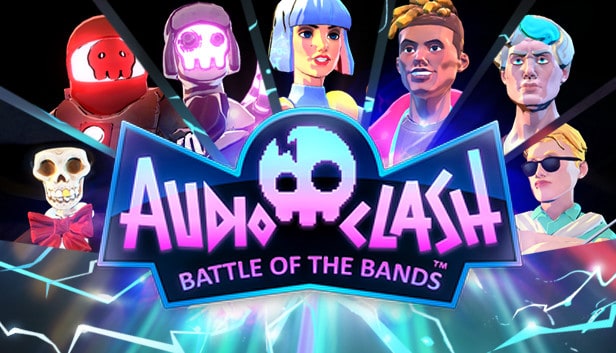 AudioClash and Big Boat Interactive are going to launch their new game AudioClash: Battle Of The Bands.  The game will be releasing on Steam next month. The game has been developed by Warner Music Group. Steam will be launching many new games this summer.

AudioClash: Battle of The Bands will take the gamers to a new world of music. The players will become band members and will travel across time, space, and alternate realities. They will be facing off against each other and will compete in the music showdown. The Living Tombstone will release on PC and will launch for the public on August 12th. Before the release you can, you can catch up with a few trailers of the game.

AudioClash: Battle Of The Bands Format 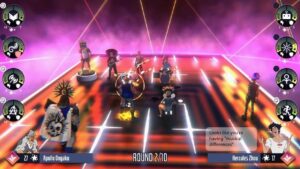 In AudioClash: Battle of the Bands, the players can create their dream band. They can outperform the competition and are able to earn experience through each level. They can also unlock rewards and move on to the next level. AudioClash will feature 4-player support and the players will be able to make choices of their own according to their abilities.

You can also choose the stage placement on your won and will have to face the defensive and offensive outcomes. The players will be awarded a large roster of band managers. You will also be accompanied by the band members and will be launching plenty of songs. The players can also choose from a wide variety of accessories.

AudioClash: Battle Of The Bands Gameplay 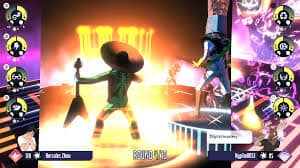 AudioClash: Battle Of the Bands is an interesting game. You will be gifted with the support of a manager who will be leading your band to victory! Your band managers will be like heroes and have their own personalities. They will also have different appearances and will have a powerful ability to fight in battle.

Your band consists of four superstars. You will be summoned by alternate realities and will be recognized as a special guest in the world of music. You can explore the world of music and create music with the help of youtube, and gaming! Your vocalist will be providing you with lyrics and will boost your band’s health.

The players can also recruit their own guitarist who can make the band more powerful and strong. The band members will be able to enjoy the best time of their life along with the help of their managers. You can choose the right abilities and pick great band members and managers to win each level.

The drummer of the band will deal with protective shields and will help you to cross every level. The players will also have the freedom to create multiple bands at the same time. You can also discover a performance style that is according to your taste and preference. The overall gaming experience will be fun and entertaining so make sure to try out the game.