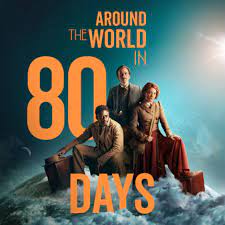 The adaptation of Jules Verne‘s classic adventure Around the World in 80 Days is coming out very soon. The classic novel gained a lot of popularity due to its unique and fascinating plot. The film stars David Tennant as Phineas Fogg, Ibrahim Koma as Fogg’s irrepressible valet, Passepartout, and Leonie Benesch as journalists. The fans of the novel have been anticipating the release of the film. Here is all we know about the Around the world in 80 days so far.

Around the world in 80 days Trailer

Abigail ‘Fix’ Fortescue, is behind this mesmerizing film. The production house has complete the production of the film and a preview trailer has been released. If you want to know more about the film then we suggest you catch the trailer.

Around the world in 80 days Release Date 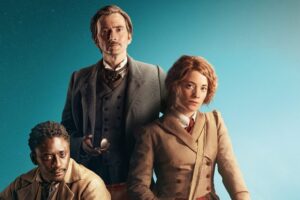 Production for the film was suspended after just three weeks of shooting due to the pandemic. Around the world in 80 days shooting was held in South Africa and it was halted when the Covid pandemic struck in South Africa in March 2020. The shoot was resumed in Romania seven months later.  Around The World In 80 Days will have its world premiere at Canneseries on October 10.

Around the world in 80 days Television Premiere Release Date

Tennant is expected to make an appearance at Riviera to unveil the first two episodes. The mega-adaptation of the Jules Verne classic novel will also be releasing on TV. The airdate is yet to be finalized. The film will release on Télévisions in France, PBS/Masterpiece in the US, the BBC in the UK, RAI in Italy & ZDF in Germany.

Read more: All The Latest Lineups Announced for AEW Rampage

Around the world in 80 days Updates

The creator of 80 Days, Ashley Pharoah said in an interview:

“We wanted Fogg, yes to be a preposterously upper-middle-class over-educated Englishman, but I wanted to give him a sort of childlike sense of wonder because he’s never traveled, he’s never left London or his club. As soon as I hit on that, I thought it’s a love letter to the world if that isn’t a bit pretentious. He goes to Paris and India and Hong Kong and Yemen and he’s so excited to see a camel, the different colors and cultures. It felt like resetting our relationship with traveling and seeing the world like that.”

Around the world in 80 days Star Cast 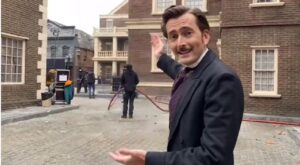 Around the world in 80 days’ stars:

Around the world in 80 days’ plot