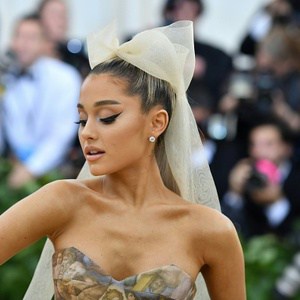 Ariana Grande is an American singer, songwriter, and actress.  The talented star is one of the highest-paid celebrities and is popular all around the world. She has 170 million followers on Instagram and earns $20-30 million in a year.

Ariana Grande was born in Boca Raton, Florida on June 26, 1993. She studied voice and acting when she was in elementary school. In Florida, she worked at the Little Palm Theatre and later performed at Fort Lauderdale Children’s Theater also.

She was cast in the hit Broadway musical, 13. When her career began she left high school and got homeschooled so that she could perform actively in production. The music artist and actress were cast as Cat Valentine on Nickelodeon’s sitcom, Victorious, in 2009. She was a part of the episodes of iCarly and voice dubbed the character of Princess Diaspro for the Winx Club.

Grande made her debut in music by releasing her full-length album Yours Truly. The album was originally entitled Daydreamin’—and was released on August 30, 2013. The album featured a lot of popular artists like Big Sean and Mac Miller.

She released her second album, My Everything, in August 2014. Her first two albums were a major success, and she sold over two million albums worldwide. Grande released her third solo album, titled Dangerous Woman, which released in May 2016.

Ariana has an estimated net worth of  $150 million. Grande has earned $20–30 million and has earned this net worth through her various endeavors. In June 2018 and June 2019, the singer earned $50 million. The worldwide star earned $1 million for performing in her 34-stop Sweetener World Tour. Grande was paid $8 million when she performed at California’s Coachella Valley Music and Arts Festival in 2019. 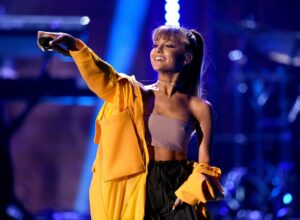 Grande launched a limited edition handbag and also endorsed lip shades with MAC Cosmetics. The earnings that she got from there were donated to MAC AIDS Fund. She also launched a fashion line with Lipsy London and has collaborated with various big brands like Brookstone and artists that include Wenqing Yan. She was a brand ambassador for Reebok in 2017 and also advertised for Starbucks when they launched their Cloud Macchiato beverage in 2019.

Grande was born in a well to do family. Her parents Joan Grande, and are separated. She has a half-brother who is older than her. He is also an entertainer. Grande was in a relationship with the actor Graham Phillips from 2008 to 2011.

Grande met with late rapper Mac Miller and the couple dated for two years. After splitting up with him Grande dated actor and comedian Pere Davidson. The couple announced that they are going to get engaged but called it off later on. They broke up in 2018.

Grande was born in a Roman Catholic, but she abandoned Catholicism because she was against the church’s stance on homosexuality. Since the age of 12, she has been following the teachings of Kabbalah.